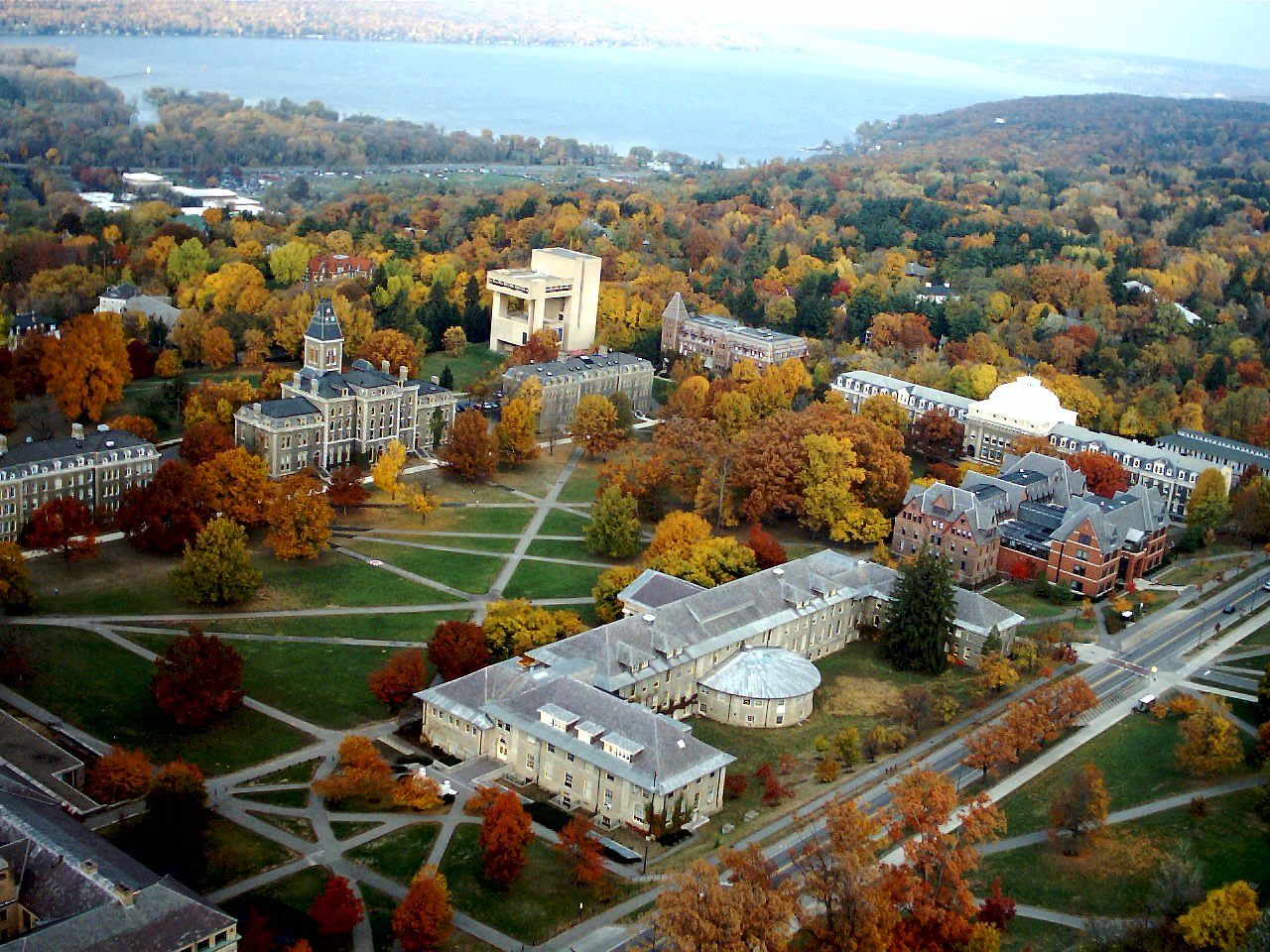 Last Thursday, Biology Freshman Alyson Boyer took a photo of the arts quad from the Seventh Floor Stacks in Olin Library with her iPhone, then uploaded the picture to Instagram. The picture highlights the interweaving paths and overlooking architecture that makes the quad famous.

Almost immediately, the photo began to garner hundreds and then thousands of likes. By the end of the day, screenshots of the Instagram photo were taken and posted to other social media websites such as Twitter, Facebook, and Reddit, where its artistic and aesthetic superiority were praised.

As one Instagram user commented, “The photographer must be one of the most talented artists, if not the most talented artist, that has ever existed. Her deliberate use of the out-of-focus shot, off-balance positioning, and the intentional white spot from leaving the flash on next to the window is truly remarkable. It clearly speaks to the erupting social climate from increasing income inequality in this country.”

Her photo has been the subject of discussion in hundreds of news forums and talk shows. Even President Obama seems to be touched by the photo as he tweeted, “Wow Aly that photo is awesome. It makes me think a lot about things and stuff. If you’re looking for a summer internship, give me a call #POTUS.”

When asked about her claim to Internet fame, Boyer responded, “I always knew something like this would happen. Instagram lets me express myself visually and it was only a matter of time that other people realized how amazing I am.”

Boyer says that she plans to continue her photography. “For my next project, I’m still deciding on whether I should Instagram a photo of the gorges from Thurston Bridge, a photo of Libe Slope looking down at Baker Flagpole, or even taking a picture of the Clocktower from Ho Plaza….Oh and I’m really excited for Spring so I can take really close-up shots of the cherry blossoms.”