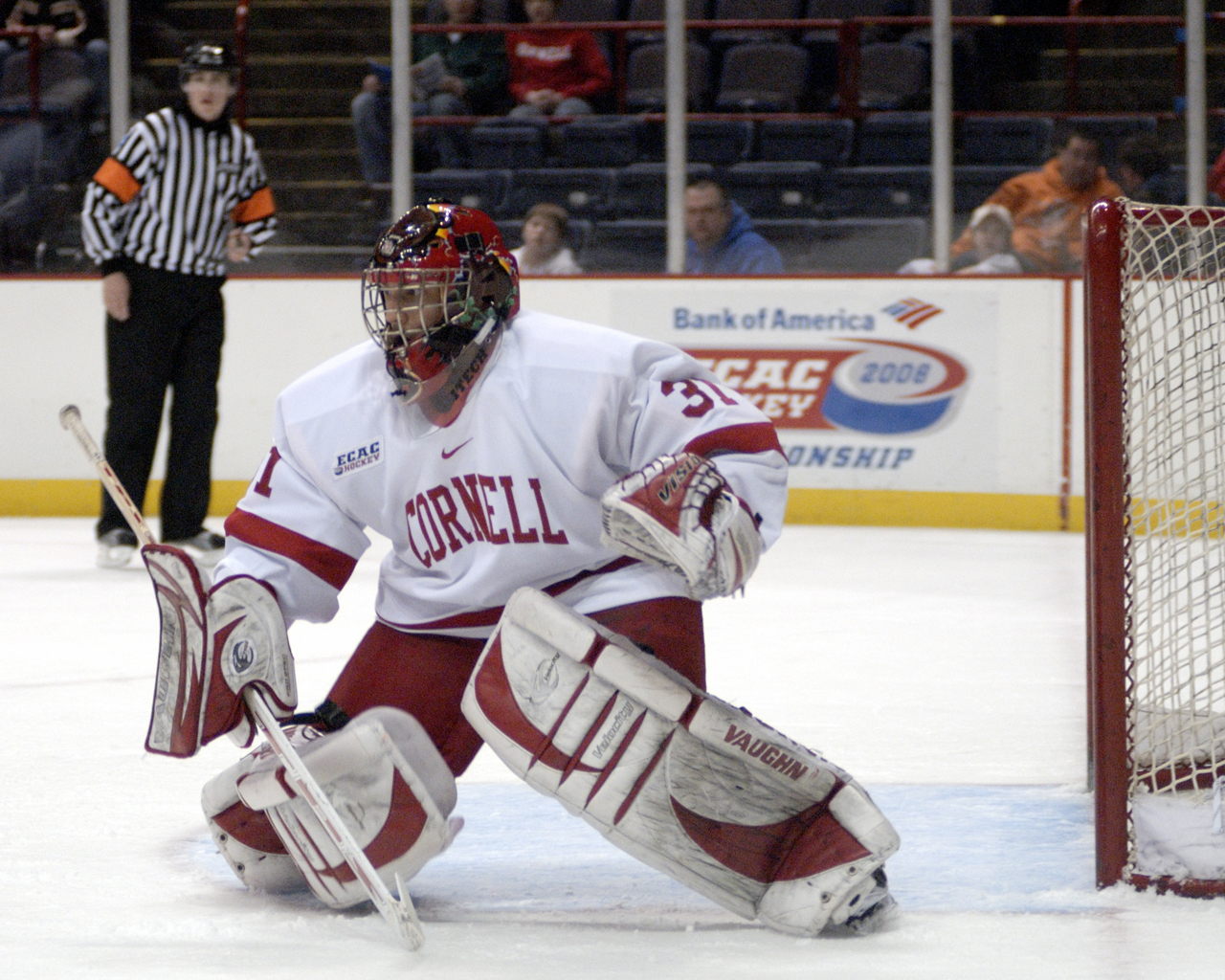 Ted Donato, head coach of the Harvard Men’s Ice Hockey team, has threatened to cut off funding to ECAC, thereby shutting the entire organization down, unless 11 additional historical wins against Cornell are added to Harvard’s record. Such a move would tip Harvard’s total wins over the past 104 years above Cornell’s.

“We have tried, time and time again, to compromise with Cornell, but they have simply refused to change the record,” says Ted Donato. “We are upset that it has come to this, but we have been driven to these extremes in order to get Cornell to reason with us.”

“How the hell is this even a debate???” asks Cornell Men’s Hockey coach, Mike Schafer. “Every single one of those games was played, fair and square. We won ten more games than Harvard, fair and square. Am I crazy to think that they’re out of their fucking minds?? What the hell does it mean for the integrity of College Hockey if one team can alter what was achieved fairly by extorting the whole league?? It’s mind-blowing!”

With an ECAC shutdown looming, neither side shows any signs of backing down.

“I’m really disappointed in both Harvard and Cornell,” says University of Pennsylvania student, Jerry Martin. “You would think that they would be able to achieve a compromise in a civilized manner, but nope. There go our ECAC coaches, ruining things for everyone through their failure to compromise.”

“I would just like to point out,” says Harvard Goaltender Raphael Girard, “That Mike Schafer has called up Yale’s coach Keith Allain in order to negotiate with him about changes to the league’s seeding system, but he has refused to call us about negotiating the record change. I’m just saying, I find that very interesting.”

The stalemate has caused the Ivy League’s record-breakingly low approval rating to fall even further. World-renowned expert reporter on Ivy League affairs, IvyGate, recently reported, “This just further proves that the Ivy League ruins everything about America and should be dissolved. This story comes on the heels of recent reports that the Ivy League is responsible for both the government shutdown and the HIV virus.”

At press time, Mike Schafer was reportedly banging his head against the wall in frustration, while Cornell Goaltender Andy Iles was crying out that he feels like he’s taking crazy pills. In what appears to be an effort at reconciliation, however, Harvard has reduced their demands, saying that they would settle for “only a 7 or 8 win increase.”