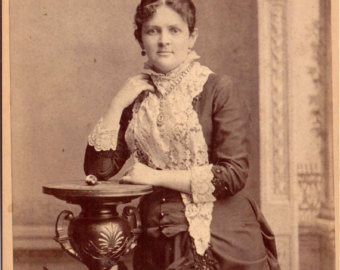 ITHACA- A recent analysis of the Gettysburg Address – currently being held in Cornell’s Rare Manuscripts Collection – has revealed new and insightful evidence regarding the document’s origins.

In reviewing the text, PhD candidates Derek Riley and Emily Yang found  several revisions and notes written in the document’s margins. Speaking with Nooz, Yang explained “the first note read ‘Remember to smile for the nice soldier men -Mom’. It wasn’t a lot to go off of, but we eventually figured out that these notes were all written by Abraham Lincoln’s mom, Nancy Lincoln.”

The pair of researchers discovered the document to be riddled with similar comments. The first line of text, which originally read “Hey guys, remember eighty-seven years ago when…” was crossed out and replaced with, “Say ‘four score and seven years ago.’ It will make you sound more grown up!”

In detailing the significance of these findings, Riley claimed that “we tend to think of Lincoln as this powerful, iconic speaker, but our new analysis of these documents reveals he was probably real nervous about the big speech.” Other notes strewn about the document included “make sure you comb your beard” and “wear your big hat so you look important”.

These notes even offer insight to the previously unexplained brown smudges on the corner of the document. A final scrawling on the back of the page reads “I packed you a peanut butter and banana sandwich with the crust cut off. Good luck and don’t worry if you mess up. I’m sure no one will even remember this next week. love,  mommy”

Above: A photo of America’s Sweetheart, Nancy Lincoln