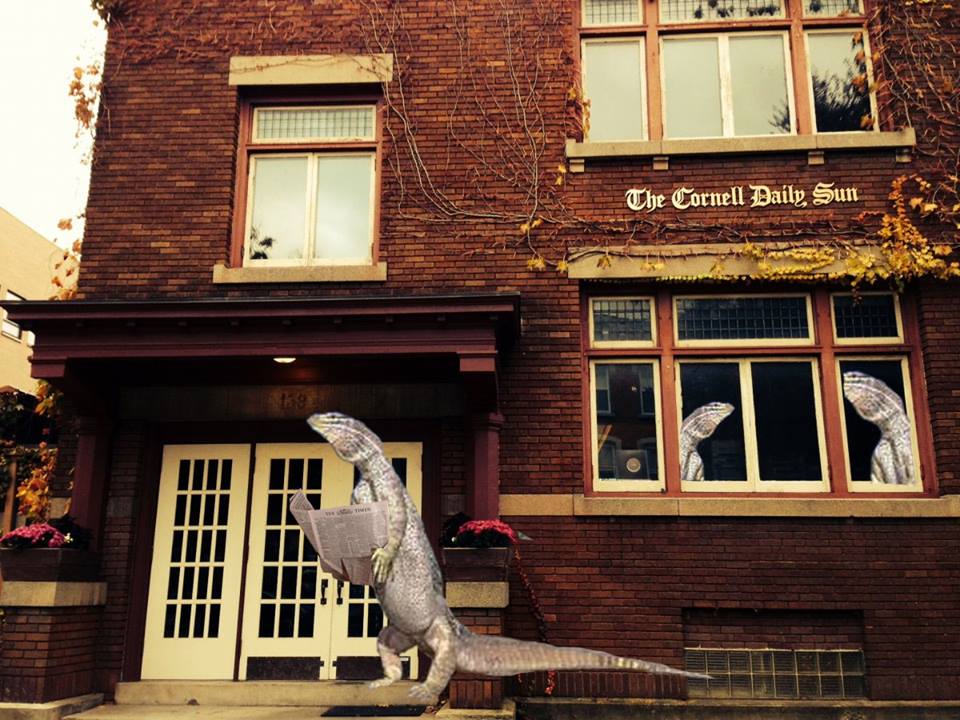 ITHACA, NY-Recent evidence supports the long reigning claim that The Cornell Daily Sun is, in fact, run by an evil race of mutant lizard people. The office of the Sun has been reported closed from December 6th, until January 19th, the coldest period of the year, during which time a cold-blooded species (such as lizard people) would be unable to report. Additionally, heating lamps have been found scattered about the Sun’s office in college town.

Additional signs of reptilian origins are both sociological and physiological. The Sun editors remain remarkably callous and unemotional in their effort to run a newspaper under their harsh and scaly exoskeletons. Their ability to fill pages of their publication with scathing reviews, unsupported criticisms, and oversightful observations of student life and activities is simply uncharacteristic of anything that could be considered remotely human.

In recent student highlights, we see Daily Sun field editors attempting to infiltrate society from within, as they interview the likes of chess genius Adarsh Jayakumar and Field Hockey captain Hannah Balleza, undoubtedly in order to gauge the prowess of our kind, and absorb the essence of our most physically and intellectually adept.

Meanwhile, the organization’s leaders, frequently walk amongst our own, masquerading in humanoid skin suits, disguised as Cornell students. These grotesque beings can be seen regularly in campus meeting points such as Libe Cafe, where they observe our social patterns and nurse of caffeinated sustenance.

When asked to comment on these rumors, the Daily Sun issued the following statement: