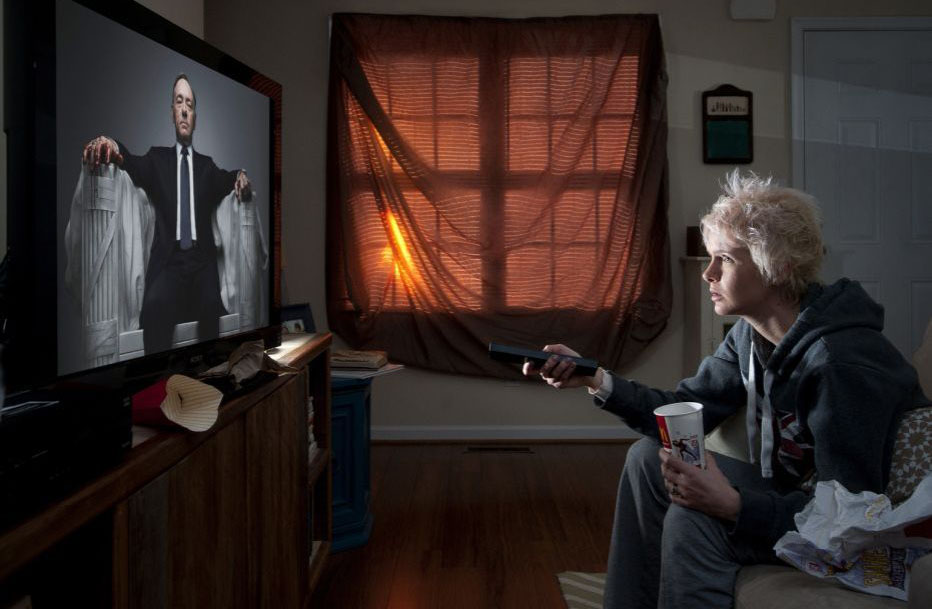 ITHACA, NY – University health officials have reportedly expressed concern over a new trend known as “binge-watching.” “We’ve noticed a troubling rise in high television intake going on recently at the university,” said Gannett Executive Director and Performing and Media Arts Professor Ellen Phelps. “This kind of behavior can lead to all kinds of physical and mental health problems. Poor physical hygiene, falling behind in classes, lost interest in spending time with friends, and a desire to stay in bed are only a few of the many risks. It is much safer to watch a show one episode per week over the course of a season.”

University officials had proudly proclaimed this year’s rush week to be the first in 20 years not to have a binge-watching related hospitalization, though critics noted that the second season of Netflix’s House of Cards, released on February 14, would surely induce much risky behavior.

Phelps thinks it’s not the students, but the corporations behind the shows that are to blame. “These production companies churn out these shows to make a profit without any regard for the welfare of their customers. They don’t properly communicate the dangers of their product. It’s despicable.”