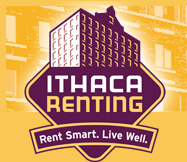 COLLEGETOWN– Ithaca Renting Company announced Friday that all future leases with the local real estate firm will explicitly permit the company to punch its tenants in the face. Current tenants expressed frustration with the new policy and some indicated that they were strongly considering switching to a different firm next semester. “I understand that it’s a free market, and Ithaca Renting Company exists to make money,” said a junior Cornellian, “but I’m seriously on the fence about signing another lease with these guys if they’re just going to come over to my place and ruthlessly punch me in the face.”

Jason Fane, manager of Ithaca Renting, was less than sympathetic toward customer complaints, clarifying in a recent interview with Nooz that “In this day and age, with the economy, the fiscal cliff, and Russia, it simply makes business-sense to go ahead and punch even our most loyal tenants in the face.” Ithaca Renting has not made any other public statement, although Fane made note to students of Collegetown that the new policy is practically unopposed by tenants of his Downtown Ithaca properties. At press time, Fane was sporting a brand new set of brass knuckles.