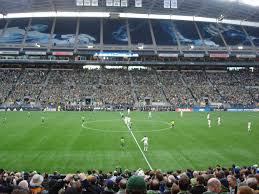 HAMILTON, OH — Reports have indicated that Scott Gordon, a recent US Soccer fan and rising senior, found out early today that soccer is played more often than every four years during the World Cup. “I really got swept up in the fever during Brazil’s World Cup and was really disappointed yesterday when the last meaningful game of the entire tournament was played. I had always thought it was weird that the World only played this sport once every four years at the World Cup,” said Gordon.

Gordon was initially skeptical that there, indeed, existed any number of professional national leagues as well as a multitude of other international tournaments. Gordon explained, “They kept mentioning something called ‘The Confederations Cup,’ and I was thinking to myself, ‘I thought we beat the Confederacy over 100 years ago!’ Then it clicked. They weren’t talking about the same thing.”

Gordon was relieved by this discovery after briefly fearing he would have to wait four years to watch another game of a sport that features hundreds of leagues which play year round, over 250 million players, and generates a 400 billion dollar industry.

“I think I’m going to root for the Columbus Crew,” said the Hamilton, Ohio native, assuming the league in the United States must be the best in the world.