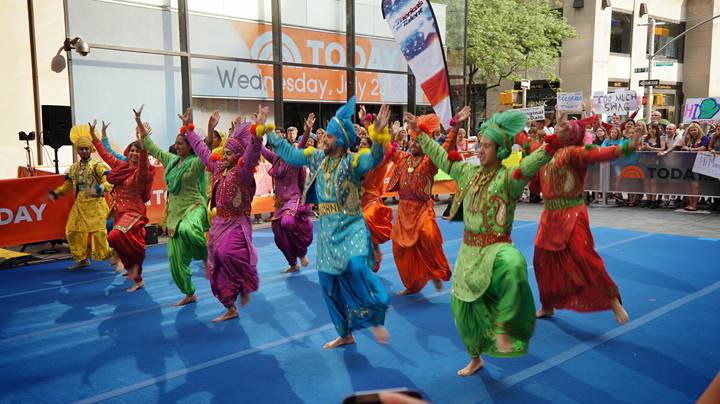 Ithaca, N.Y. — Two weeks ago, Cornell’s bhangra dance group won a Today show talent contest and earned a spot in the quarter finals of ABC’s hit show America’s Got Talent. The response from the Cornell community has been overwhelmingly supportive after finding out through this news that the group exists. Many Cornellians chimed in their encouragement for the now nationally-recognized troupe after quickly skimming a news article and googling “bhangra.”

“Wow, I am so stoked for the group. Making it onto America’s Got Talent is a massive achievement. Go Cornell Bhangra!” said Emma Friedman ’17, who hasn’t been to any of the group’s on-campus performances and never will.

The group is one of the most well-known bhangra teams in the country, unbeknownst to many Cornellians, and has won several high level competitions before their appearance on the Today show. However, the majority of the group’s new fans are not entirely sure what any of that means.

“Cornell Bhangra is the best bhangra dance group in the country. They can bhangra better than any other group can bhangra. If they can’t win America’s Got Talent something is wrong with the show,” says recent grad Jeremy Tyler whose interest in the group is entirely based on the fact that he went to the school the team is from. “Bhangra is like, some kind of martial art, right? I think they have costumes,” he added.

When questioned about the community’s response, Cornell Bhangra co-president Sarah Barnes said she was “just happy to get some culture into these fucks.”