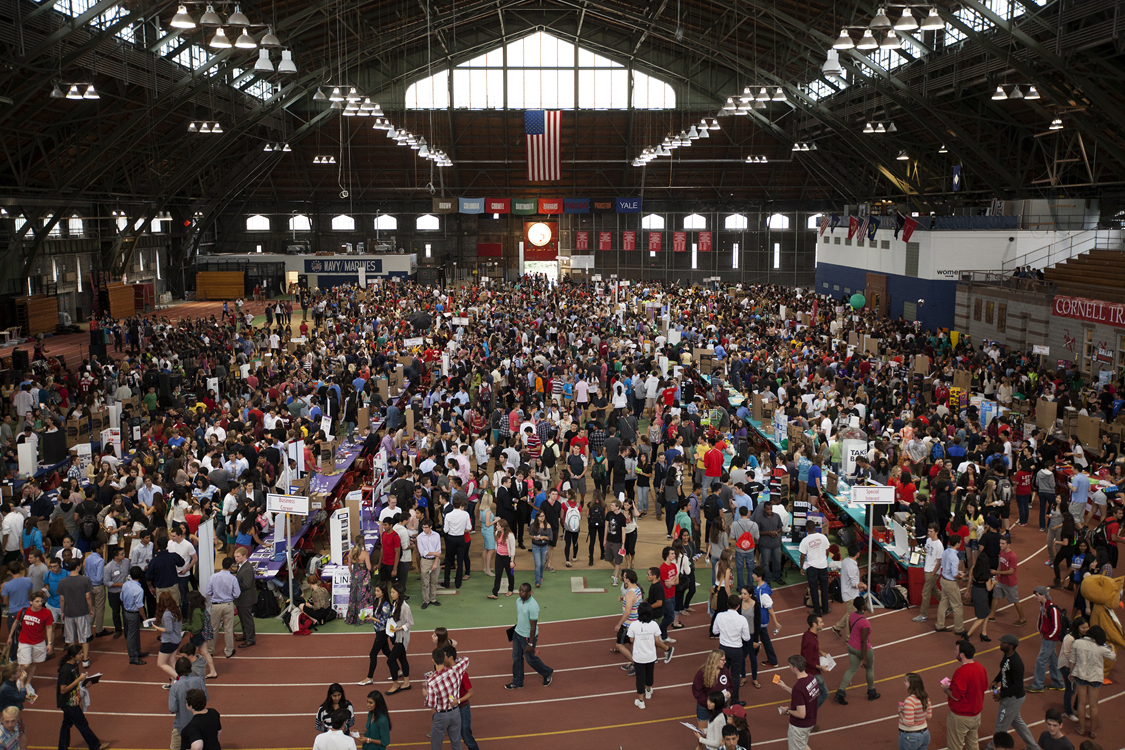 BARTON HALL — After two weeks of not really feeling comfortable at his new college, freshman Owen Childress was reportedly excited to go to this weekend’s Clubfest to search around for new and interesting clubs that could look good on a future resume.

“Wow, I’ve never considered Japanese drumming before. But will my eventual employer see that as a strong use of my time as an undergraduate?” questioned Childress, who ended up writing down his email address on the monthly mailing list anyway.

“Cool, I didn’t know Cornell had a radio club! Too bad none of the Fortune 500 companies look for collegiate radio work as strong indicators for success in the professional workplace.”

Reports later indicated that students who weren’t as concerned with their careers were having a lot more fun in college than those other stuck-up students. Even later reports indicated, however, that the stuck up ones will probably make much more money.