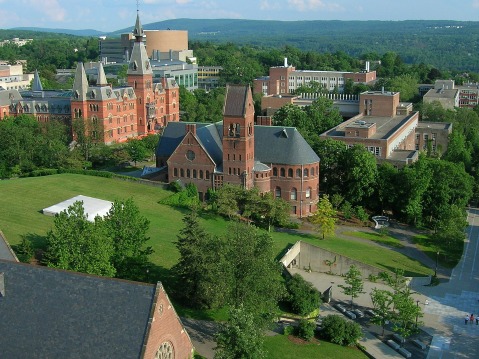 PITTSBURG, PA—A positive energy swept through Cornell this morning as it was learned that the college was once again ranked the top university in the country by Billy’s mom.

“You know, I’ve seen a good number of colleges in the northeast, and I just know that Cornell is just the best one out of all of them,” declared Billy’s mom while on the phone with her sophomore son who currently attends the school.

“Remember that time that we visited those colleges in Boston? Yuck! You made such a nice choice going to Cornell. And look at all the opportunities there! I bet there’s no other place in the country that offers an entire major for Hotel Administration. What a smarty pants you are!”

Billy’s mom later went on to rank every other school in the country as second best, because “everywhere that you don’t go to school is second rate. My boy doesn’t deserve anything less than the best!”

The full rankings and college analysis, as well as a cute note reminding Billy how lucky he is to be attending such a wonderful university, will be available in Billy’s email inbox by tomorrow morning.