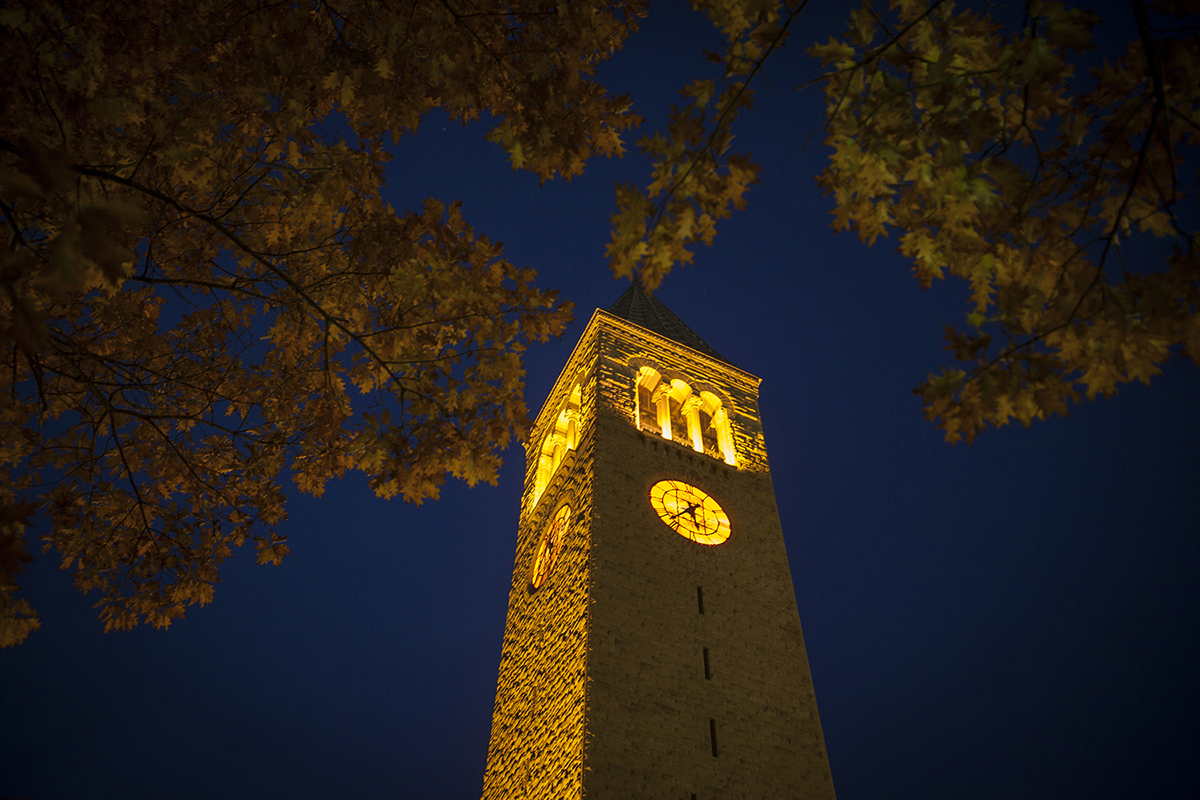 MCGRAW TOWER — The Cornell community was taken by surprise this morning to find that some lighthearted prankster managed to place a severed head on the top of Cornell’s iconic McGraw Clock Tower.

“That head really spooked us for a moment there, but we know it’s all in good fun!” said CUPD chief Kathy Zoner on the “rapscallion” behind the severed head, still dripping fresh blood from the tower. “These students and their Halloween shenanigans. Sometimes, you just gotta let kids be kids!”

The head was presumably placed on the tower late last night, but no witnesses were there to see “the fun-loving scamp” in action, according to Chief Zoner. “Some people suspect the Rock Climbing Club is behind this wacky joke, but we’ll never know for sure. I think this one’s best left a mystery.”

Tour guides are already incorporating the “lure of the severed head” into their tours. “If you look to your left, you’ll see Cornell history in the making,” said tour guide Ashley Herman to her group, pointing to the severed head in the air.

When reached for comment, President Skorton told CU Nooz he was “so happy” that this “ingenious practical jokester” contributed to the Cornell aura, and hopes this act becomes a “time-honored knee-slapper” of his presidential legacy.

Warning: The following image could be considered disturbing but only if you find light-hearted mysterious pranks disturbing (but really, gore): 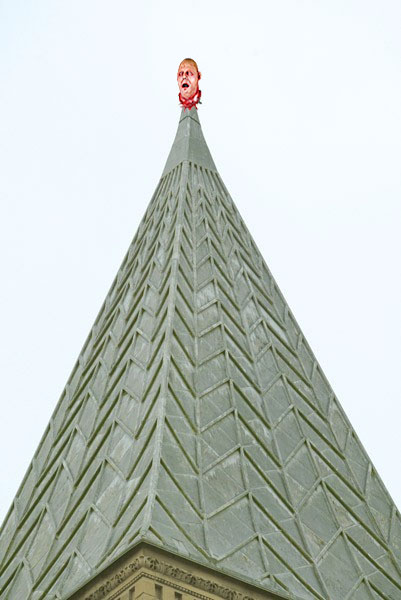