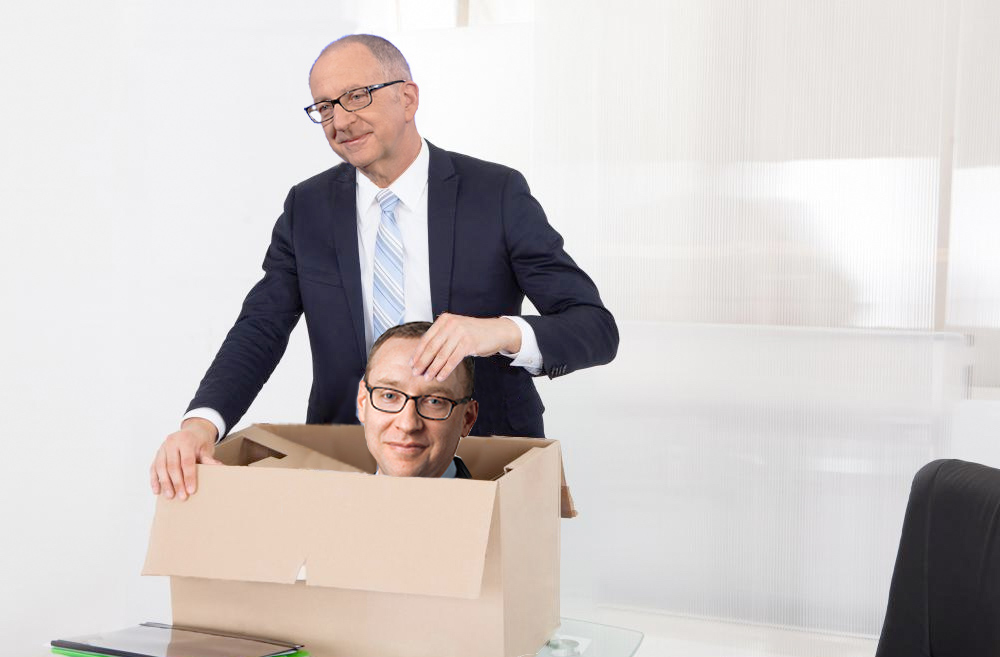 DAY HALL — As President Skorton cleans out his office to make way for Elizabeth Garrett’s arrival on July 1st, the illustrious faculty of his administration are being packed up and shipped out. Some administrators will go in storage, others will be sent to Skorton’s new office at the Smithsonian. While bundling up the various members of his administrative staff in large crates and boxes, Skorton can’t help but reminisce a little about each one.

“I have a lot of memories of these things,” said Skorton as he carefully covered University Vice President for Information Technologies Thomas Dodds in bubble wrap. “This one I really enjoyed, and that one over there was probably my favorite” he recounted, pointing at a large sealed box labeled “SUSAN MURPHY” on the side.

It’s jarring, seeing the President’s office this bare, without his myriad diplomas and Vice President for Budget and Planning Paul Streeter adorning his walls. Even Joan DeStefano, Cornell’s CFO, has been cleared off of his desk.

“It’s going to be a hard transition, but at least I’ll be able to take the most competent university officers with me to my new home in Washington,” he added. “We’ll likely have to sell the rest.”

Sources report that President Garrett’s new administration will be arriving incrementally via Fedex in several shipments over the next few weeks.