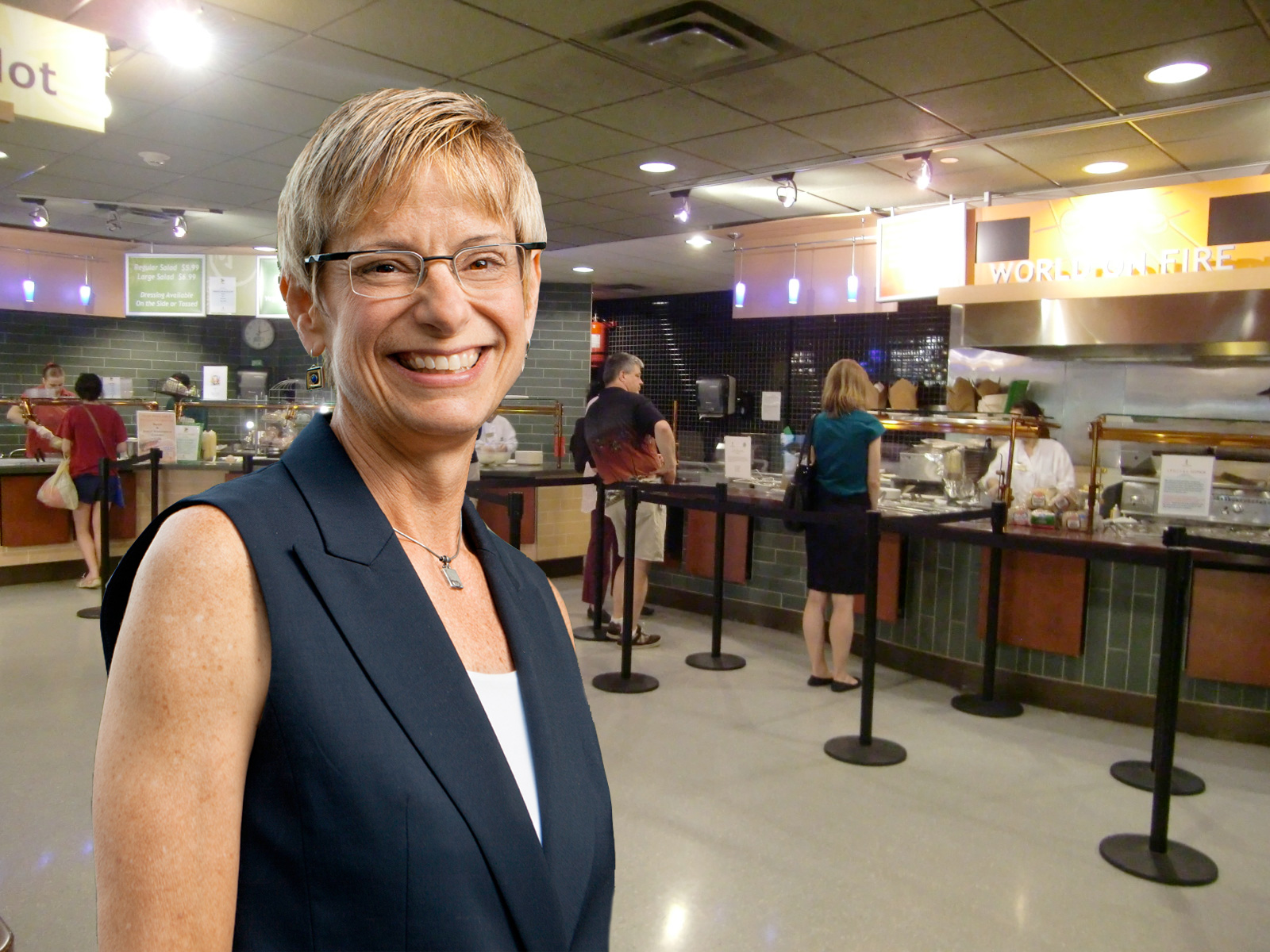 According to her secretary Deborah Moss, Garrett was spending upwards of 30 BRBs on a daily basis: “Sometimes Beth would get breakfast at Trillium, lunch at Terrace, and would run out for coffee in the afternoon to Rusty’s, and she even charged into Okenshields too. It adds up fast if you’re not careful.”

Reports show that, despite the purchases of cookies by the dozen from Cafe Jennie, the Day Hall vending machine gummy worms constituted a plurality of the lead administrator’s spending habits.

“Now I’m going to have to ask my parents for more spending money” complained the distraught president to fellow academic officials. “Mom’s gonna freak out now when I tell her I have to use the emergency credit card.”

Garrett, who is expected to manage the University’s larger-scale finances in years to come, has most recently been seen at RPCC begging patrons for a guest swipe.