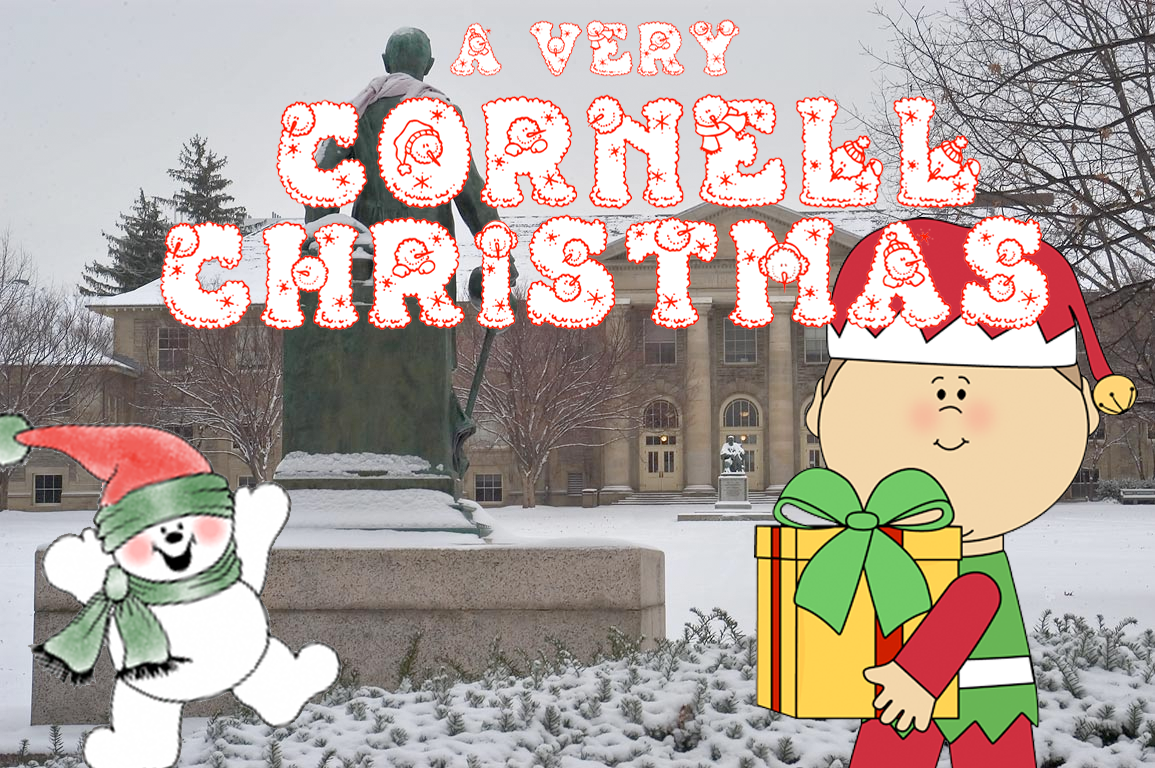 BURBANK, CA — After a hearty Christmas Eve dinner, Cornellians everywhere will be cozying up in front of their televisions tonight to watch the world premiere of the holiday special “A Very Cornell Christmas,” on ABC at 9:00 PM EST.

The story of “A Very Cornell Christmas” centers around a little elf named Jingle Ivytrifle, a sophomore in the College of Toymaking and Cheergiving. Jingle hopes to land a job at Santa’s workshop after graduation, but doesn’t know if his GPA will be high enough.

“We wanted to make a national television special to share with the alumni community across the world, to remind them what Christmas at Cornell is all about,” announced Director of Media Relations John Carberry, who greenlighted production on the animated TV spot in October.

As he struggles to pass his classes, Jingle makes some friends along the way, such as Chillby the jolly snowman TA and the wizardly economics professor Dr. Candybeard, who all try to show him the true meaning of Christmas.

“Don’t you see, Jingle? The magic of Christmas is inside all of us! Isn’t about Fall semester grades! Future employers just want to know that you’re in the Christmas spirit,” says Dr. Candybeard, speaking from personal experience in the New York toymaking industry.

The special will last for one hour with commercial breaks, and will be followed by a five hour broadcast of old homework assignments being thrown on the traditional Yule Log.