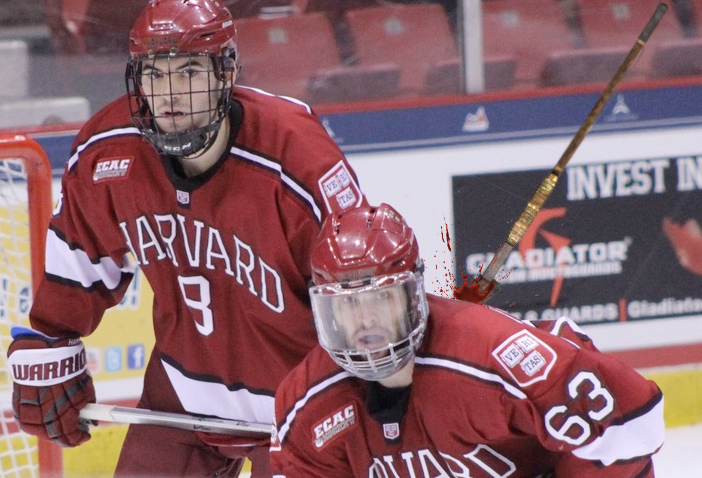 LYNAH RINK – Joining together in laughter and enthused cheers, attendees at Cornell’s Saturday night hockey game expressed their delight when Harvard Defenseman Josh Hartley was impaled by a harpoon launched from the stands during the second period.

Although Hartley returned to his feet and continued to play, the raucous Lynah Faithful sports fans would not let the opposing player escape ridicule, as they continued to yell insults at the defenseman, shouting“learn how to skate!” and “you dodge harpoons like a goddam rookie!”

“Dude, that thing went straight through his shoulder!” exclaimed Sophomore Allen Groppler, reasoning that sports violence of this caliber was well worth ticket prices.

Hartley was saved from further harassment when section B diverted their attention to the Harvard goalie lodging his stick through a Cornell player’s sternum, which the referee failed to label a hooking penalty.