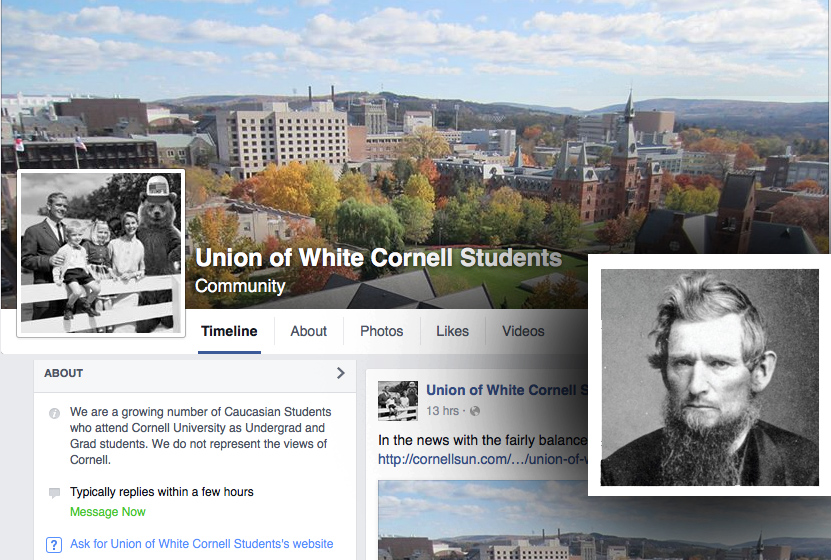 Hi everybody, it’s me, Ezra. I know you guys are all doing your own thing, and I’ve been dead for over a century and whatnot, but I felt like I needed to come back and clarify something. For the record, when I said that “I would found an institution for any person, any study”, I was trying to say the institution wouldn’t include racists.

Was that not clear? Because if so, that’s all on me. My bad. I just figured people would pick up on it, you know? I mean there’s a reason we didn’t call the school “White University”. AD and I knew what we were doing, and we decided to go with the far less potentially excluding name for this esteemed college. But I guess that got overlooked?

Also, shouldn’t this whole racism thing have been figured out by now? It was going strong 150 years ago, but I imagined it would have been long gone when I came back from the dead in the year 2016. Joke’s on me I guess. Who would have thunk it?

Anyway, just wanted to make that clear. Any person can come to Cornell University, provided that you’re not a racially insensitive bigot. That’s not too much to ask, is it? Cool.

Well I’m going back to being dead. Don’t wake me again unless something crazy happens, like we stop giving financial aid to international students. But that won’t happen.