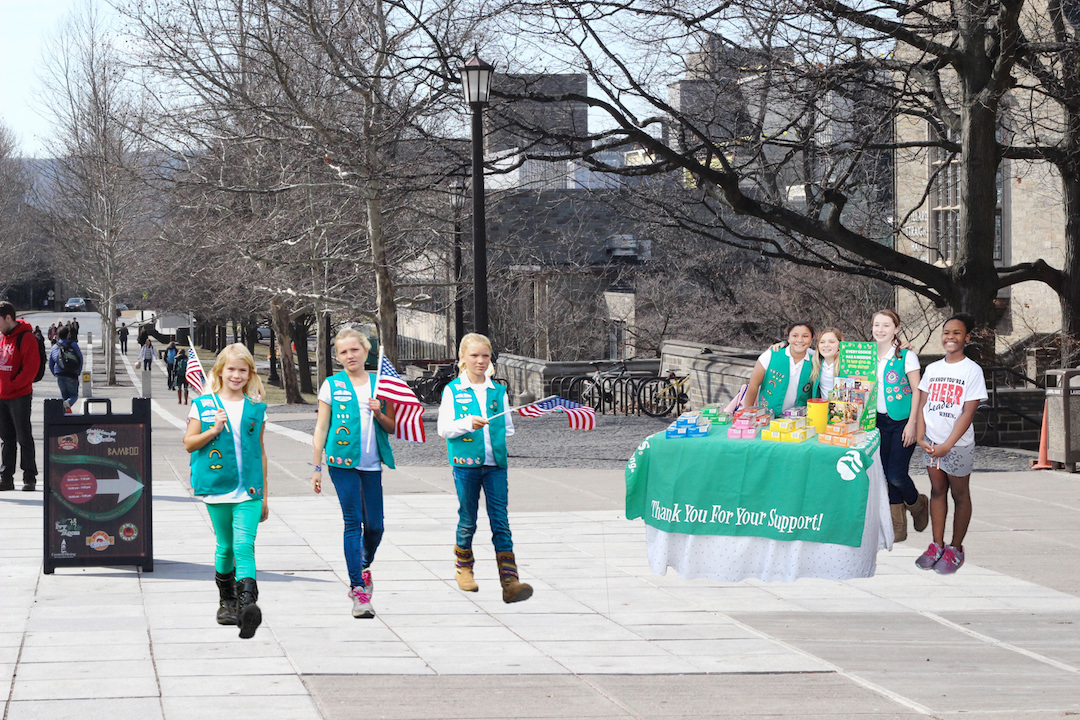 HO PLAZA, BASE OF OPERATIONS – The Ithaca sector of the Girl Scouts of America have entered the next phase of their campus infiltration, as dozens of six-year-olds and their parents enforce their confection-based fascist agenda outside of Willard Straight Hall.

“These freethinkers will pay for not accepting our cookies as mandated by the constitution of the New Scout Order,” 3-star Scout General Karlie Berry barked at a 5 AM line-up to her troupe. The decorated, 4-feet 8-inches tall elementary school student continued, “We take their cash, we take their credit, we take Venmo, and if they have allergies, your primary objective is to secure a donation!”

As the next stages of their Ithaca takeover commence, Daisy and Brownie Troops have relinquished recess time to receive extensive training for improved implementation of cartwheeling and shirt tugging tactics at numerous campus outposts.

“Recently, we’ve gained intel that a number of civilians have been lying about not having money on them,” Phoebe Little of the 4th Brigade explained, motioning to a light blue petal pin on her sash. “That is in violation of the ‘Honest and Fair’ badge, which is a major offense. Something needs to be done.”

At press time, the Girl Scout’s battalion was seen setting up a blockade on Ho Plaza, only allowing through civilians who pledge their allegiance to their sovereign assortment of cookies.