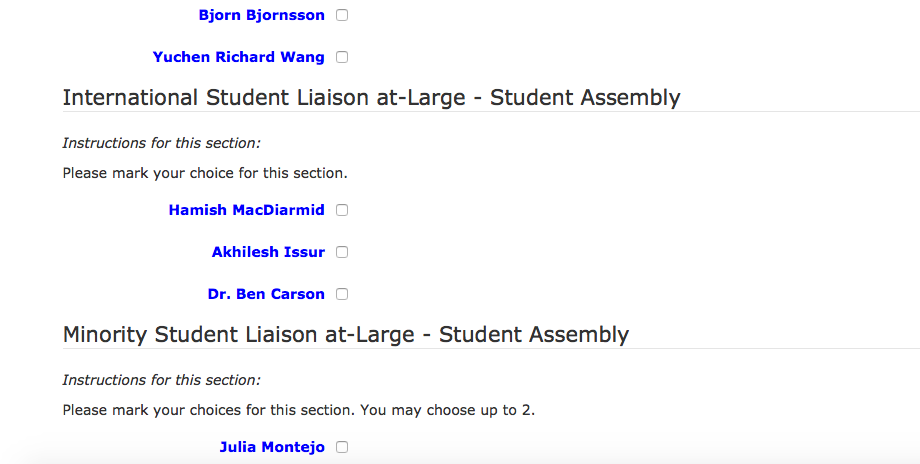 WILLARD STRAIGHT HALL — After dropping out of the race for the Republican nomination, retired neurosurgeon Ben Carson inexplicably showed up on the Cornell Student Assembly ballot earlier today.

“When I logged on to vote, I saw Ben Carson’s shining face staring at me,” said Alex Li ‘19. “I refreshed the page and tried to vote again, but every time I clicked on a name that wasn’t Ben Carson, Ben Carson would appear on the ballot two more times.”

“I’m so happy there’s a candidate who represents my Christian values, but I still don’t know why he’s running for International Student Liaison at-Large,” said Ron D’Agostino ‘18, who added that he would have voted for Carson in the Republican Presidential Primary elections, but now he’s not so certain.

When Carson was approached for comment while chalking on Ho Plaza, he quickly scurried up the stairs of Willard Straight and got stuck on the roof.