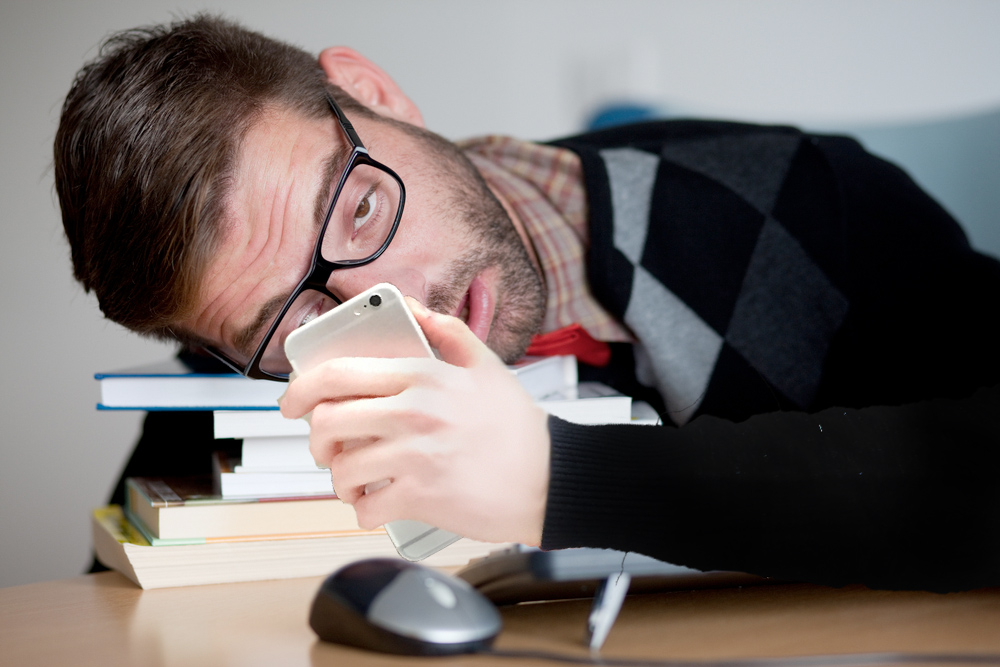 SILICON VALLEY — Snapchat employee Jackson Walter, the Ivy League Snap Story administrator, has reported that his duty selecting the best of the worst submissions to the image/video based social media app from eager, attention-seeking Ivy League students has left him dead inside.

Ivy League students have been sending everything from selfies to pictures of trash to Walter, who spends his days selecting the best of the worst to post on the Snap Story.

“I started this job because they told me working on a platform for millennial culture would be rewarding, but I don’t think I’ll ever look at a student the same again after peeking into their sick, sick world” Walter said, shivering in a corner of the Snapchat headquarters. “Once I received the four-hundredth ‘Ivy League Rap Battle Challenge’ snap, my soul flew out of my body and I was damned beyond saving.”

The 37-year-old initially enjoyed the popularity gained from his position; however, the thrill wore off as he became disenchanted with the high-achieving self-absorbed suck-ups. “I couldn’t accommodate them all in the snap story,” he said. “And I was starting to feel… used.”

“We’re all worried about him,” said his mother Betsy Walter. “I once saw him running into a wall muttering something about ‘challenges’ and gibberish phrases like ‘suh dude.'”

Walter said the only thing driving him anymore is the bitter thrill of crushing students’ hopes of seven seconds of fame.