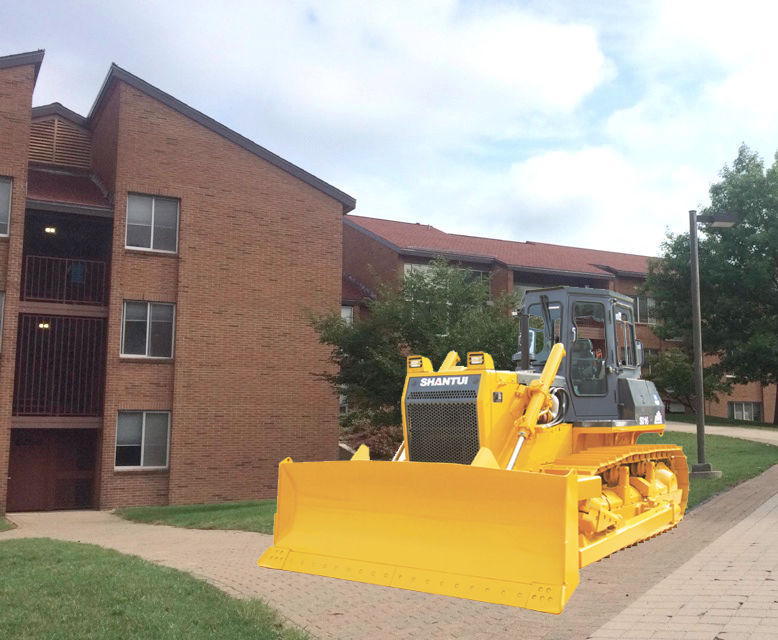 LOW RISES – In what has been widely regarded as a violation of students’ rights, the Cornell administration has decided to demolish the Low Rise dorms in anticipation of Cornell Days this weekend to improve first-impressions prospective students have of North Campus.

“We just want to make sure visitors get the best possible experience and learn what Cornell has to offer before making their decision,” said Ryan Lombardi as hundreds of current Freshman were forced out of the Low Rises with all their belongings.

“People are calling it a ‘cleansing operation’ and that is simply not true,” says acting president Kotlikoff, “The administration is taking legitimate action to update our student housing, not destroying a dorm for ‘beautification processes,’ like some would have you believe.”

No university programs have been established so far to relocate the now-displaced residents, and CUPD officers have been dispatched several times to quell uprisings and remove squatters in the already riot-proof buildings.