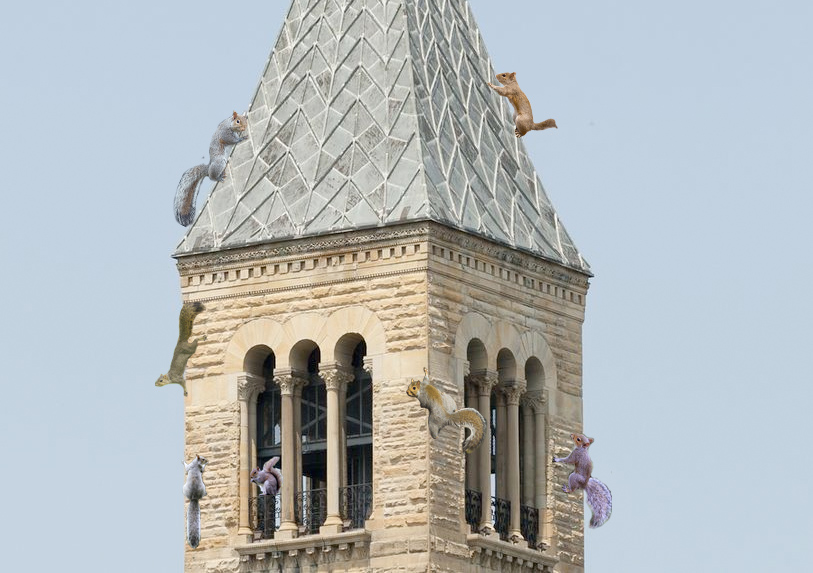 HO PLAZA — The Cornell campus was on high alert at 11 p.m. last night when a horde of squirrels went into a frenzy through campus after the Squirrel Watching Club neglected its duties during finals week to watch squirrels for radical behavior.

“We acknowledge our shortcomings, and we apologize,” said Elizabeth Harvey ’16, president of Squirrel Watching Club, in a statement released to the public after coming under significant fire for their failure. “We’re the ones in charge of keeping the squirrels in line, so we need to do a better job.”

The club’s statement blamed a sleepy freshman for falling asleep during his squirrel watching shift, and assured students that from now on, the Squirrel Watchers training will be stricter, and coffee will become mandatory during night watch shifts.

“It was awful,” said Fred Carmichael ’17. “I was just walking to Uris when a squirrel leapt on my back, realized I wasn’t a nut, then jumped back into the swarm of fuzzy woodland creatures that were taking up the wall of Willard Straight.”