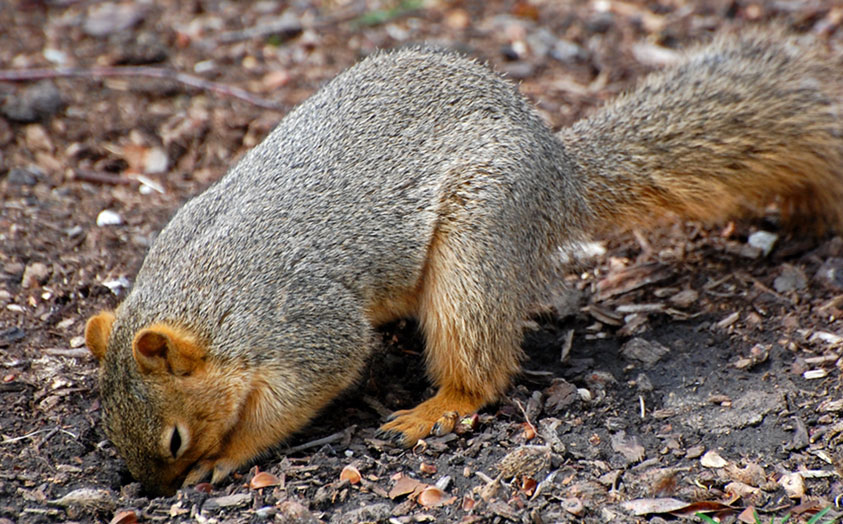 TOWER ROAD — Speedily rubbing its paws together and darting its tail this way and that, an indecisive campus squirrel reportedly contemplated whether or not to dig over one thousand small holes in the ground.

“Those woodchips over there look pretty easy to move around. I could probably dig a few holes by that tree too, and stick my head inside of each just for a bit,” the squirrel considered, eyeing a row of evergreens.

“If I make one hole, then I could make another one next to it. Then, I would have two holes, perhaps more.” The squirrel considered how far apart the holes should be and if one hole might smell more than the others.

The squirrel was later seen sprinting across the intersection at East Avenue to get a better idea of the lay of the land.