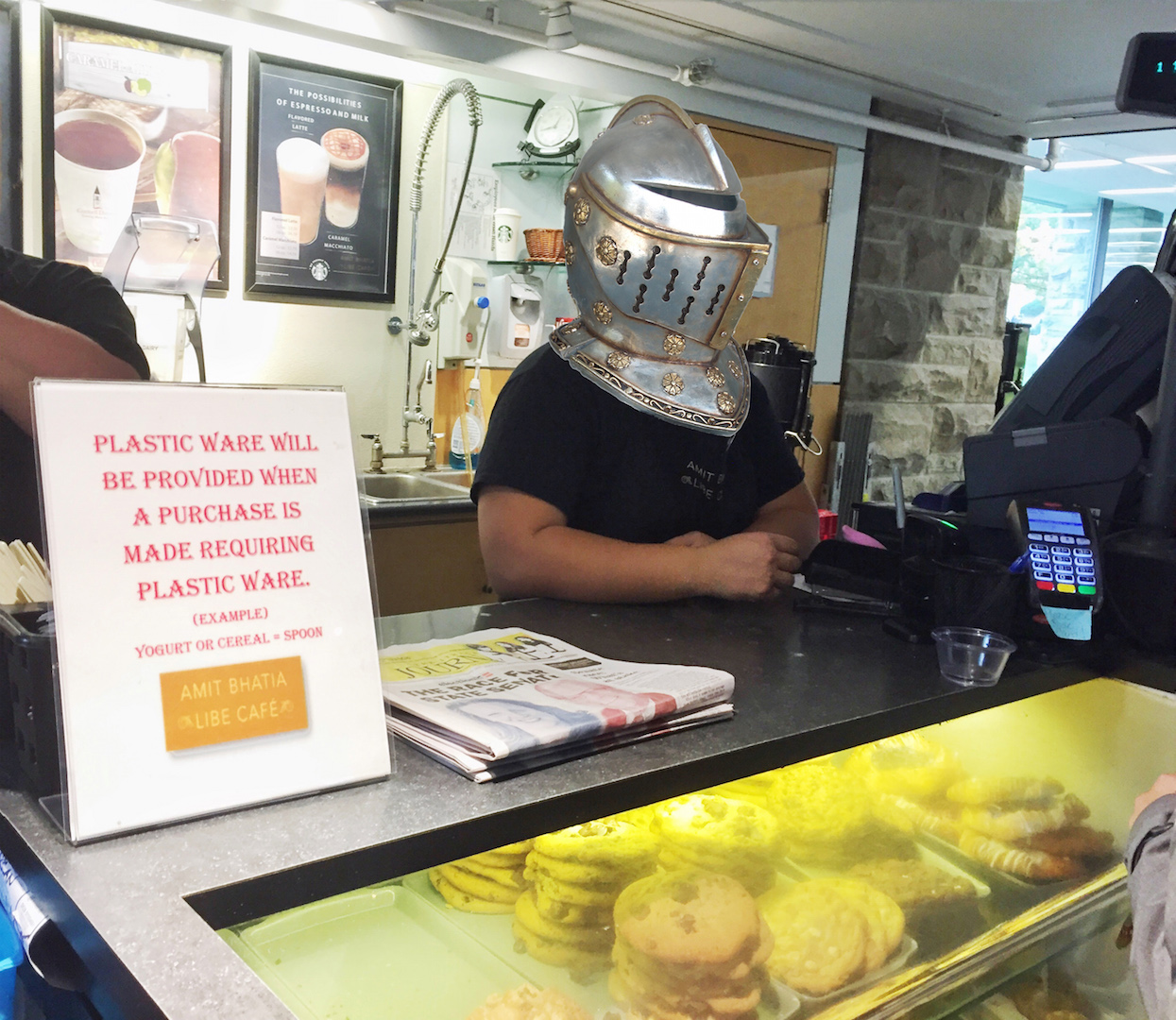 LIBE CAFÉ—As hordes of malicious fork thieves seek to empty the coffers of Libe Café, the awe-inspiring Lord Barista, guardian of the utensils, stands at the ready to defend what’s left of the library’s plasticware.

“Sorry, we can only give you a fork if you buy a salad, or sushi, or something like that,” the brave warden of cutlery declared to the gang of mouth-trident brigands intent on taking three or even four forks. “I’m not allowed to make exceptions.”

The courageous protector of all eating-related implements, known to his allies as sophomore Alex Caparos, recognized the wicked plan to rob the unsuspecting café employees of their precious tableware when the leader of the bandit troupe reached for a precious four-pronged food wielder without purchasing a morsel of food from the establishment.

“Our poor university would have been ruined without the daring actions of the majestic Keeper of Spoons,” said a relieved President Rawlings. “We would’ve had to buy more.”

Crestfallen, the defeated disposable fork thugs retreated back to the sushi fridge for chopsticks with which they were forced to eat their leftover macaroni and cheese from home.