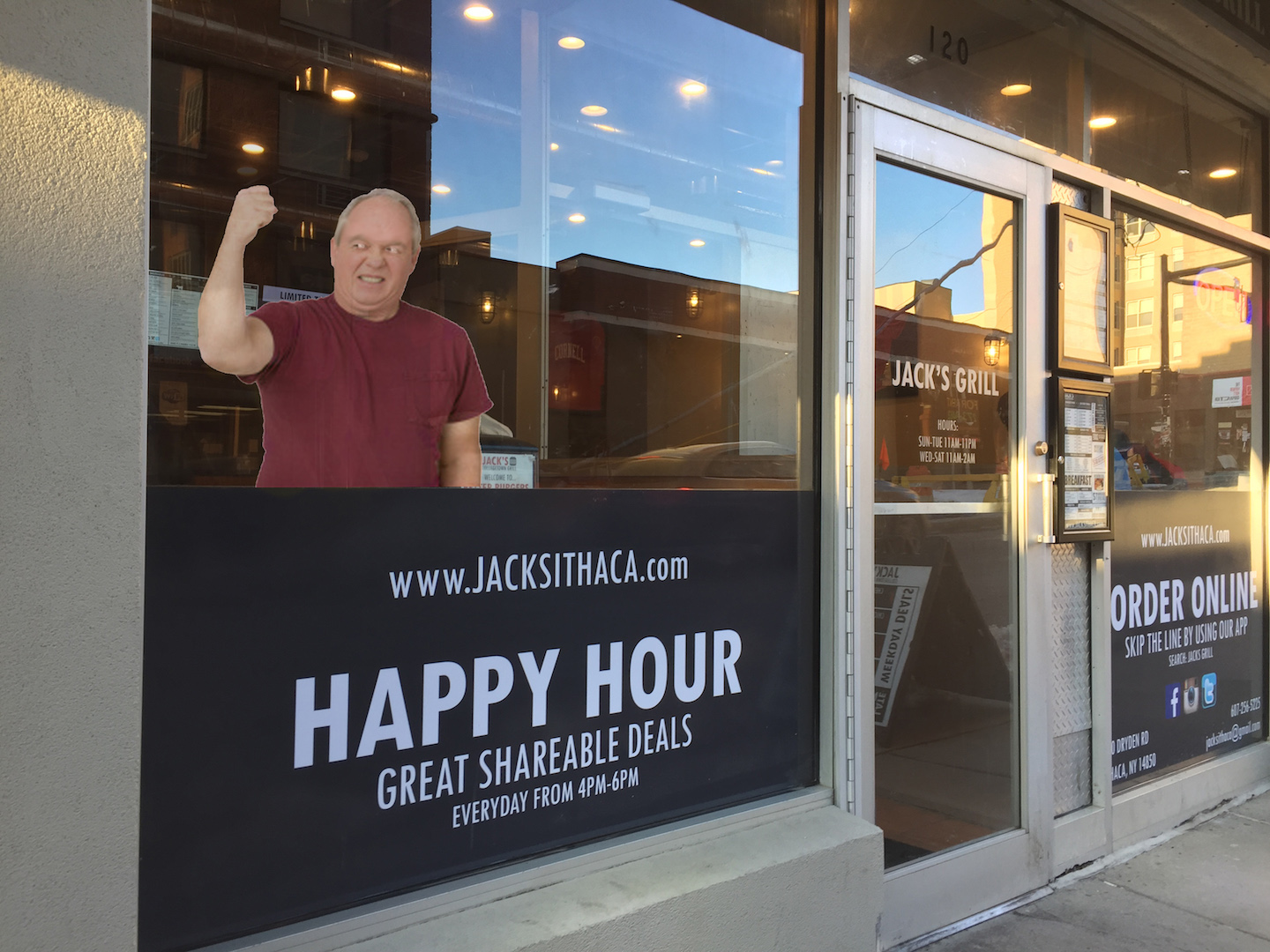 COLLEGETOWN — Following the grand opening of Wings Over Ithaca on Dryden Road in Collegetown, reports indicate that Jack’s Grill owner Kevin Sullivan was seen shaking his fist in the general direction of the new local competitor while murmuring phrases such as “I’m ruined!” and “it can’t be!”.

“Dammit! That blasted Wings Over Ithaca just had to open up right across the street. They’ll run me right out of town!” decried Sullivan, whose face began to turn red with rage as he spun around to face his helpless and begrudging kitchen staff. “Well don’t just stand there; cook, you fools! I want 500 fried chicken sandwiches made in the next hour. If it’s a chicken war they want, it’s a chicken war they’ll get.”