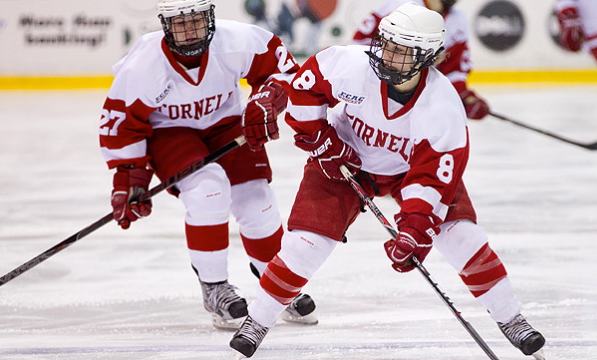 LYNAH RINK—Following the Men’s Hockey team’s invigorating win against Harvard last week, the team is now ranked #6 in the NCAA, while the #7 Women’s Hockey team trains players who may move on to the 2018 Pyeongchang Winter Olympics.

“It was a great game last week, right?” said Men’s Hockey player Dave Molowski ‘18. “Hearing the massive, sold-out crowd, roaring and cheering for us—we do it for the fans, really.”

The team looks ahead to another game against St. Lawrence tonight, while the women’s team, having trained six Olympians, hopes that their successful season will prepare yet more players to reach global glory.

“Yeah, we keep winning, and our alumnae have gone on to compete in three different Olympics,” said women’s head coach Doug Derraugh. “But I hear the men’s team beat Harvard, right? That’s cool, too.”

Both teams will be skating their way to further success tonight, with the men’s team going up against St. Lawrence while the women’s team tackles sexism.