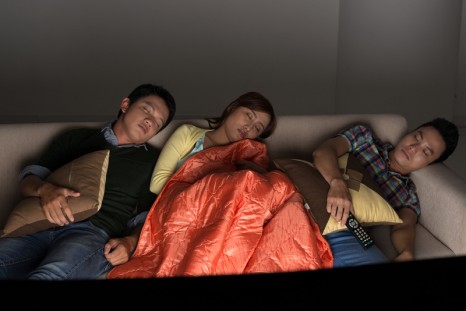 COLLEGETOWN — As the Winter Olympics kick into high gear, students across campus are eagerly playing it in the background while they do other things.

“Oh man, I’ve been waiting for four years to debate our Domino’s order while Lindsey Vonn squiggles around on NBC Sports,” said Ross Flannigan ‘18. “Will we get cheesy bread? Did something happen with that whole Korea situation? Who knows?!”

Three fraternities will be hosting huge Beer Olympics parties, where brothers might notice the world-class athletes performing record-breaking feats on the flatscreen upstairs while they’re on their way to the basement to play beer pong.

“I’m so zazzed to pass out into a Nasties calzone while some sport with snow happens on the TV,,” said Janice Harper ‘20. “Isn’t snow great?”

As the eight Cornellians at this year’s Winter Olympics fulfill their dreams in Pyeongchang, they can sleep easy knowing their accomplishments will be acknowledged by the likes of people who prefer background noise during sex.