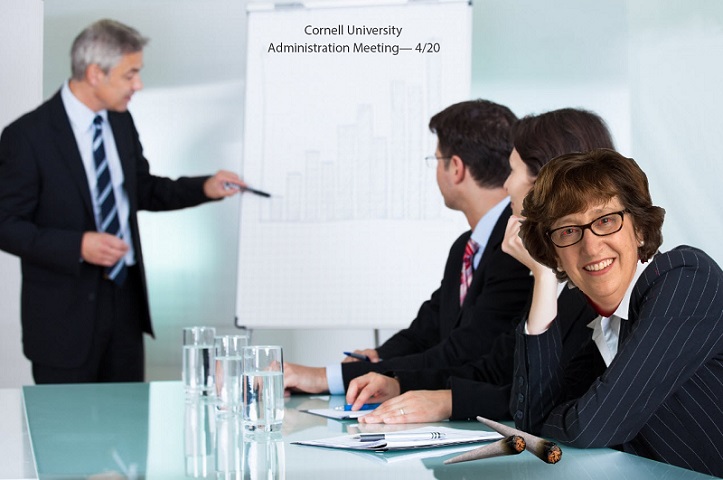 DAY HALL—Cornell University President Martha Pollack sneakily slipped into the back row of April 20th’s Administration meeting after ingesting a 70mg pot brownie, hoping no one would realize she was baked out of her mind.

“Shit shit shit shit shit,” Pollack said discretely, aware that someone would probably call on her to answer a question at some point during the meeting.

Throughout the meeting, Pollack was noticeably disturbed, repeatedly muttering to herself and rubbing her eyes. At one point, a fellow administrator asked Pollack if she was “doing okay,” to which Pollack responded, “Ah, sorry, I didn’t do the reading.”

“Martha turned to me and asked, ‘Why is everyone staring at me?’,” said VP Ryan Lombardi, who told her, “because you just moved to vote on ordering Dominos.”