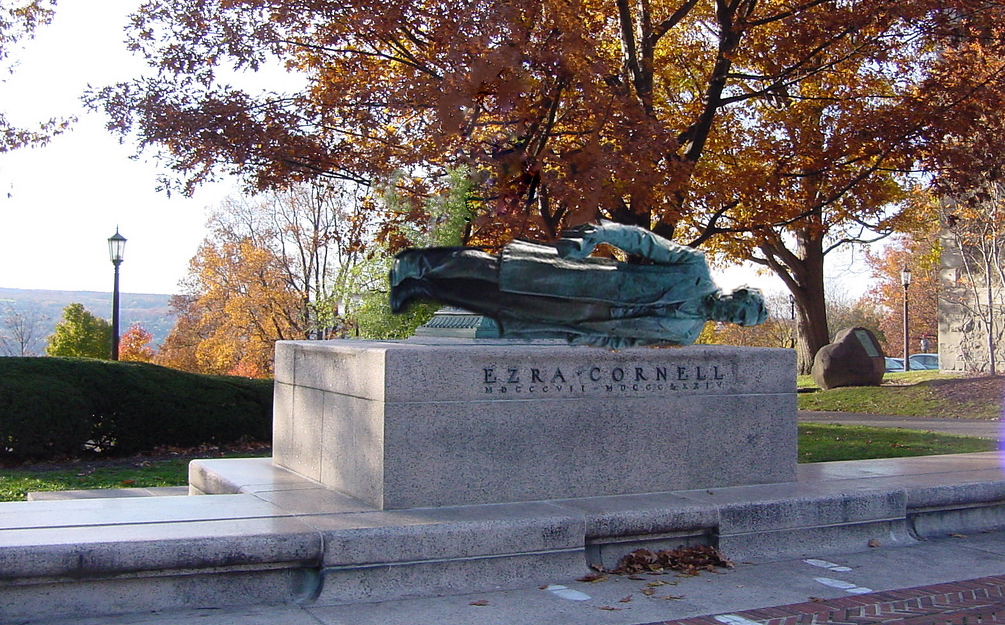 ARTS QUAD—On Wednesday morning, September 26th, the statue of the university’s founder and namesake, Ezra Cornell, was found unconscious after a cardiac arrest. He was reported dead at 5:57am.

Mikaela Kolb ‘19 was the first to discover Ezra Cornell’s statue. “I was walking through the Arts Quad when I noticed a figure in the distance. Something just looked…off. He was completely motionless. I walked over to him, and quickly noticed he wasn’t breathing. I took his pulse and…nothing. He just felt cold.”

Grieving students and alumni are reminiscing about the statue’s kind hearted nature. “He never said no to a photo with a prospective student. He was soft spoken, but everyone felt his presence.”

To honor the legacy of the late Cornell statue, the board of trustees are planning the construction of a memorial at the place of death, which will consist of a statue of the statue of Ezra Cornell.