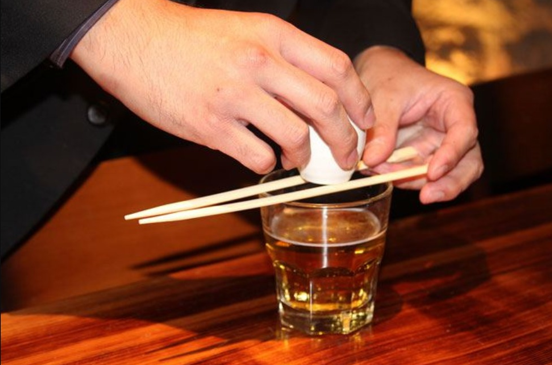 At a place like Cornell, it’s important to stay in touch with yourself and make sure you’re taking care of you; self-care can take many forms, each valid and each healthy. So if you find yourself alone at a table in the back of a Collegetown sushi restaurant, fists poised, making full eye contact a sake bomb, you are okay. This is absolutely acceptable behavior, if it’s self-care.

It’s hard to refocus on yourself if you’re used to taking care of others first. Explain to your friends that you’re cultivating your own well-being; if they don’t understand, they’re probably toxic and you should cut them out of your life. What friend would stand in the way of you going on mindful walks? Or resting and watching Netflix instead of partying? Or going out alone, shouting ‘bomb bomb bomb,’ and drinking 22 ounces of beer and a buttload of sake?

As you bang on the table, just make sure to show any strangers around you that you have a sake bomb Pinterest board. Then they’ll understand: you do this for you. And if anyone’s getting you down about this super fun hobby, it doesn’t matter. You know that the frothy combination of two pee flavors that you’re guzzling is basically the same thing as a refreshing glass of cucumber water if you say you’re treating yourself.

And just keep in mind that cleansing yourself is part of the process—so if you happen to vomit on the street afterward, that is a-ok. You’re taking care of you.