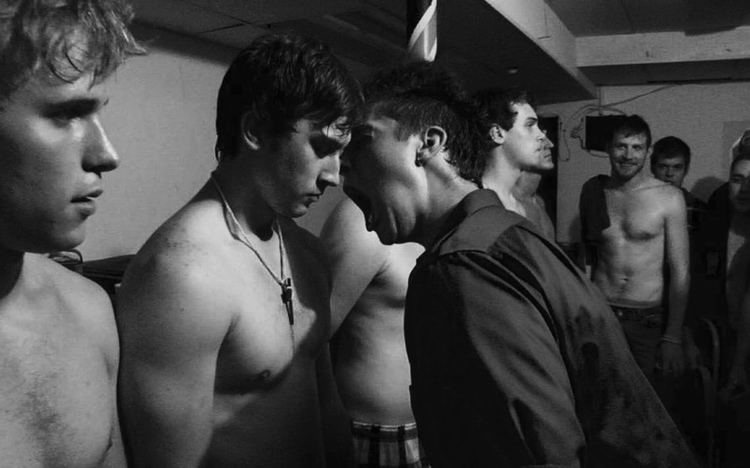 “Now that the freshmen have gotten a chance to see the house and meet the brothers, it’s a perfect time to start physically and mentally abusing them so they feel more connected as a people-who-may-rush class,” said KMP President Jack Swarthson ‘19. “We already have eight freshmen handcuffed to the pledge couch right now, so it’s off to a great start.”

The dirty hazing process has gotten rave reviews from the freshmen involved, who say they appreciate being able to spend all night outside in their underwear now rather than mid-February.

To ensure the dirty hazing events will get a good showing, Kappa Mu Psi brothers have been inviting freshmen to the winter buffet of paddles and gallons of different alcohols. “The school should by no means consider this an official hazing event,” clarified Swarthson. “It’s open to the public, so anyone could get hazed if they wanted—it just happens that everyone here is a brother or potential pledge.”