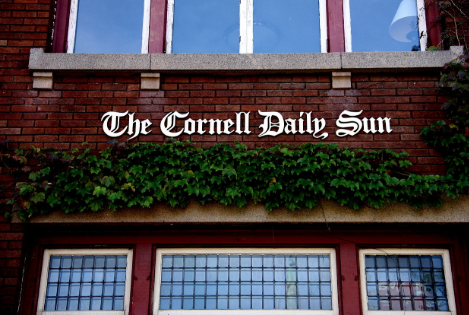 DAILY SUN HEADQUARTERS—In honor of the paper’s 139th anniversary, this week The Cornell Daily Sun re-published its first ever op-ed, titled “In Defense Of Slavery.”

Written by Peter Whitman ‘1884, a then-freshman from Alabama, the op-ed describes slavery as “not that bad” and the Civil War as “just a bunch of Republicans getting offended over nothing.” Whitman goes on to argue that “reconstruction spat on the foundations of the country and the God-given rights granted to every citizen, except for African-Americans, women, and non-WASPs.”

As opposed to online comments, the Sun reports that students who disagreed with Whitman would often write their long or snarky responses on chalkboards all around campus.

In the upcoming week, The Daily Sun plans to publish Whitman’s subsequent op-ed “Free Speech Attacked”, in which he decries personal attacks on his character and argues for his “right to say whatever he wants, including [slurs redacted].”