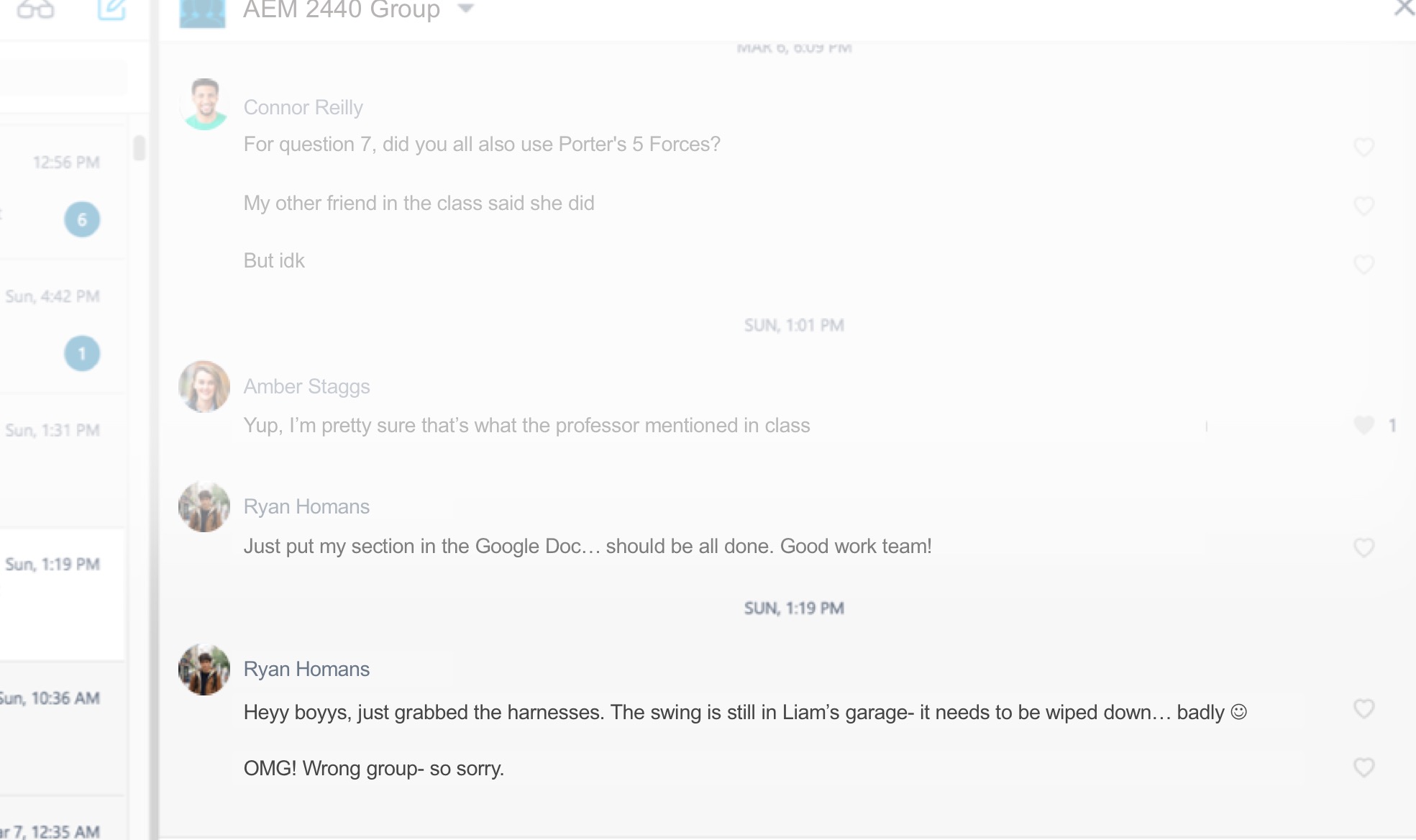 DENVER, CO—Members of a local AEM 2420 group project gained an unexpected glimpse into the private life of teammate Ryan Homans ’23 after he accidentally messaged in the wrong GroupMe.

“Heyy boyys, just grabbed the harnesses. The swing is still in Liam’s garage- it needs to be wiped down… badly :),” wrote Homans to the GroupMe of six begrudgingly-matched strangers.

“He came off as pretty quiet, so this threw us all for a loop,” commented fellow group member Amber Staggs ’22. “Honestly, I’m intrigued more than anything else. Like, does he work at a summer camp or does he have a GroupMe for some kinky gay sex group?”

According to Staggs, Homans, a freshman in the Dyson School, never made it to the group’s one in-person team meeting and had only previously messaged in the GroupMe to confirm the project’s due date and which part of the assignment he was supposed to do.

As of press time, Homans had reportedly sent a picture of his clenched fist with the caption “this’ll do the trick” to the same class project GroupMe in error.