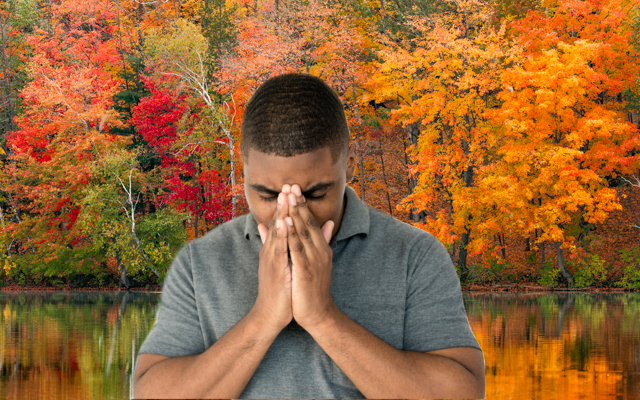 COLLEGETOWN—Despite his love of hiking and other outdoor activities, Ben Foreman ‘21 is finding it difficult to cherish the final weeks of a temperate Ithaca fall. Instead of frolicking outdoors with impunity, the senior Environment & Sustainability major has been plagued by the knowledge that his October sunbathing is only made possible by a dangerous buildup of carbon dioxide in our atmosphere that has drastically altered seasonal climate patterns.

“How can something so wrong feel so right?” mused Foreman as rays of sunlight, likely made warmer by a hole in the ozone layer, gently warmed his face. “I like playing frisbee with my roommates on the quad, but I can’t help feeling guilty that the same macro-level environmental processes that created this warm autumn afternoon are also responsible for worldwide famine and drought.”

Foreman has stopped bathing because it reminds him of the Ithaca water crisis and switched to reusable straws to avoid thinking about choking sea turtles. However, his love of above average temperature in the weeks following the Autumnal equinox has rendered him unable to avoid his anxiety over global-warming.

“It’s not that I don’t believe in science,” explained Foreman’s roommate Mallex Jones ‘21. “I feel just as strongly as everyone else that climate change is an issue. But is it too much to ask to get some vitamin D without feeling guilty about it? Ben can be such a buzzkill sometimes.”

At press time, Foreman was unable to respond to Jones’ critique, as he and some other close friends were currently aboard a chartered private plane to a popular steakhouse in Rochester.