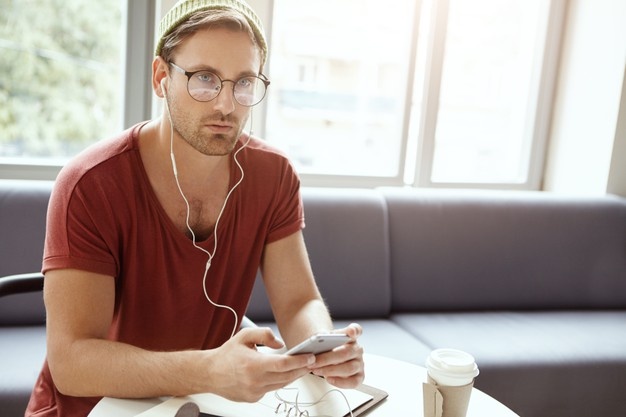 COLLEGETOWN—As time continues to pass following Spotify’s December 2 release of its individualized 2020 Wrapped feature, many continue to take to social media with their top songs and artists. Among them is self-proclaimed champion of music, Jared Wilson ‘22, who opted to add a whopping fifteen “Year in Review” screenshots to his Instagram story.

“Yeah, I don’t know what’s going on with him,” said Wilson’s roommate Zain Nagpal ‘21. “He keeps asking me if I’ve heard of Tame Impala and won’t stop offering to lend me his own personal, “thrifted” CD. I might’ve taken it too, but he said he needed it for the next few weeks in case anyone swiped up to ask where he found such obscure bands.”

For Wilson, the first week of December is the  most wonderful time of the year. It’s a time when he can spend hours on end hunkered over his phone psychoanalyzing every single Spotify Wrapped that comes up on his feed, rendering his divine judgment unto any and all reprobates with Pop as their #1 Genre.

“I’ve been contemplating switching my major from AEM to Music, since I already know so much about the music scene,” said Wilson, after skimming half of a Rolling Stone article, “I don’t know if you’ve heard of this, but like, artists, don’t actually make that much off of streaming services.”

At press time, Wilson was seen frothing at the mouth while asking the cashier at CTB if he could “just have the aux for a minute” and linking his “On Repeat” playlist to his Instagram and Twitter bios.