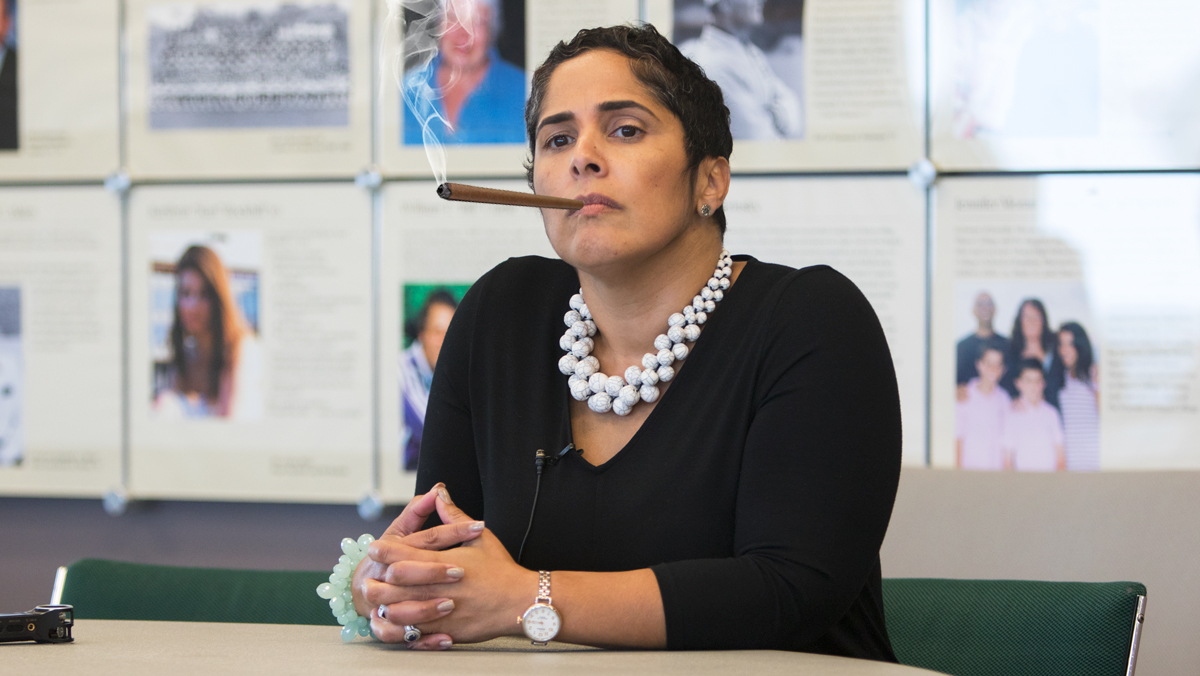 ITHACA, NY—Following New York’s legalization of recreational cannabis, a university president of a certain Ithaca-based college has taken it upon herself to provide guidance and clarity for students. Not long after the ink dried on Governor Cuomo’s signing pen, Ithaca College President Shirley M. Collado sent an all-faculty and student email letting them know that they “should all be lighting up some celebratory doobies rn.”

“Turn on some Dre and light up the chronic IC. The cops can’t do shit man. I just ripped an enormous bowl right in front of IPD Headquarters. All they could do was look at me disapprovingly. Fuck yeah, people, this is fucking huge!” wrote Collado in her statement.

Not every member of local academia shares Collado’s complete enthusiasm. Orinthia T. Montague, president of TC3, is not yet sure whether she would recommend marijuana to her students.

“I am overjoyed at the important social justice ramifications of this decision,” said Montague. “I tried weed back in the 90s and it just wasn’t for me. Though I wouldn’t go so far as to recommend pot to my students, the fact that [President Collado] is vouching for the stuff eases my mind a bit.

At press time, Cornell University President Martha Pollack, the only non-BIPOC university president in Ithaca, was spotted googling the DEA phone number because she saw some kids who looked high down by Stewart Park.