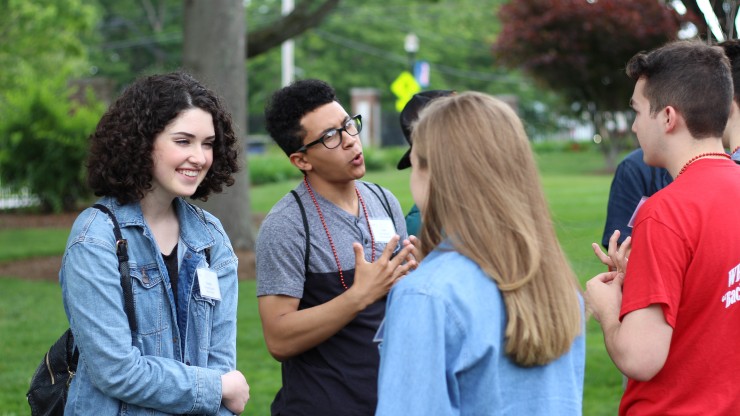 NORTH CAMPUS—A week after sending their closest friends off to new lives as college students, the high school friends of incoming freshmen found themselves in a race against Cornell’s orientation leaders to determine who could be ignored sooner by the campus’ newest residents.

“I’m honestly off to a great start,” commented NYU freshman Dave Nichols. “The day after I helped move my friend John into his new dorm, I texted him ‘Hey dude, how’s college life going?’ He responded three days later saying he was sorry he missed my text and that ‘things are good.’ He hasn’t been very active in the West High Theatre Discord chat recently either. I’m not sure he could have moved on faster.”

Orientation leaders reported similar levels of disengagement from freshmen who grew tired of O-week activities. After the first few rounds of Two Truths and A Lie, they experienced the same glazed eyes and short responses as their freshmens’ high school boyfriends did. With new students quickly building relationships with roommates, potential clubs, and sports teams, the question of who will last longer in freshmens’ lives hangs heavily in the minds of orientation leaders and hometown lovers alike.

Kaileigh Smith ‘23, an orientation leader, expressed confidence in her coming irrelevance. “Oh, I have a week in their lives left, two tops,” she admitted. “As soon as I take this name tag off they’ll wonder whether there was actually a ‘Y’ in my name, and it’s all downhill from there. I’ll send them a text next week asking how classes are going, and then we’ll awkwardly avoid eye contact when we pass each other on campus until I graduate.”

As of now, the question of who will persist in the lives of freshmen is unclear. High school friends around the country hang on the promise that they will “totally hang over Thanksgiving break,” while orientation leaders place their hopes on ClubFest and freshmens’ desire for old study guides.