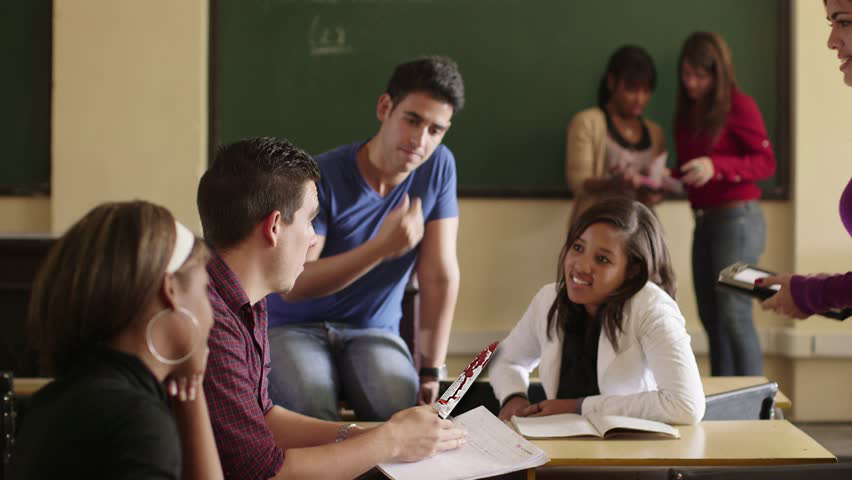 “At first, I kind of felt bad for the guy when his first answer was that he took a gap year after the loss of his girlfriend,” Potter explained, “but then he said that he’s never buried a body beside an isolated cabin in the woods of Maine before and I thought, ‘Why even mention that?’”

According to Potter, McKay’s final answer was that he disliked pineapple on pizza, a statement he later disproved when he pulled a slice of Hawaiian pizza out of his Saw lunchbox and began slicing it with a blood-stained knife.

“At that point, I freaked out because he totally murdered his girlfriend and hid her body. He even tried to explain it away by claiming that the red stains on the knife were pig’s blood,” Potter added. “And during our discussion he claimed he was playing Devil’s Advocate when he said that he admired the hard choices that the Donner Party had to make. I’m starting to think he fried and ate his girlfriend too!”

Despite the suggestion that his classmate committed homicide and possibly cannibalism, Potter maintains that the day’s most disturbing revelation was that McKay actually likes pineapple on pizza.