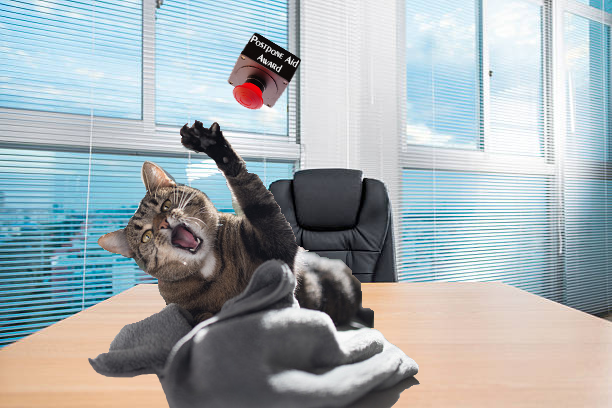 DAY HALL—While meeting with advisors to discuss tuition payments, Lynn Talbot ‘24 was startled to discover that her financial aid, now nearly a month and a half overdue, would be postponed further due to the office being staffed by literal cats swiping at the “postpone aid award” button all day every day.

“I thought there would be actual people running the fin aid office,” Talbot confessed, “but I guess between Covid and budget cuts they just couldn’t afford it. Although I do think that if they were to hire any animals, you can’t get anyone more apathetic to your struggles than cats walking across computer keyboards and repeatedly sending out emails asking for my patience.”

The cats working at the financial aid’s office are named Cash, Payment, and Franklin. Each wears a different iconic Martha Pollack outfit, although Franklin often dresses like Ryan Lombardi instead.

“In fairness, the cats were kind of cute with their little pant suits and short brown wigs,” Talbot added. “Even the passive aggressive meow one of them let out when I asked if he could estimate when my award would be released was adorable.”

In a last-ditch effort to expedite the process, Talbot stole the “postpone aid award” button the office cats were so fond of, but they just moved on to ripping up printed copies of submitted W-2 forms instead.