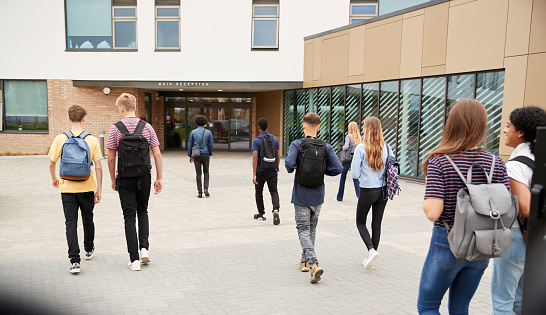 NORTH CAMPUS—After a first few weeks filled with uncertainty and confusion, Cornell clubs have resumed their reassuring annual tradition of merciless combat over freshmen who clearly have no interest in joining those clubs.

“Honestly, it’s flattering that they want me to join,” admitted John Bates ‘25. “But I’m just not the type of person they’re looking for. Engaging in politics and making a difference? Learning a new skill to relax and make cool things for my friends? I’m looking for something more my speed, probably a club that doesn’t chase me up the stairs of Dickson begging me to apply to something I will definitely get rejected from.”

In reports made to the Tatkon Center for First-Year Students, various freshmen claim to have been caught in the middle of a co-curricular crossfire while taking leisurely strolls around RPCC or Appel Commons. Transfer students have reported a constant feeling of being watched by their RA who just learned the art of crochet. Yet, according to the clubs themselves, their efforts are simply unavoidable.

“Look, we aren’t here to make anyone uncomfortable.” explained Advocacy Project secretary Alice Kemp ‘23. “But those knitting nerds have quarter cards in every common space, every rec center, and there isn’t a co-op board around without their contact information. If we don’t teach these freshmen about the wonders of civic participation before they sink their needles in, they’re goners. ClubFest is war, and the Advocacy Project takes all the prisoners it can.”

At press time, freshmen concerned over the intensity and squareness of the rival clubs have found asylum in the humanitarian, chill recruiting efforts of Cornell’s leading satire paper.