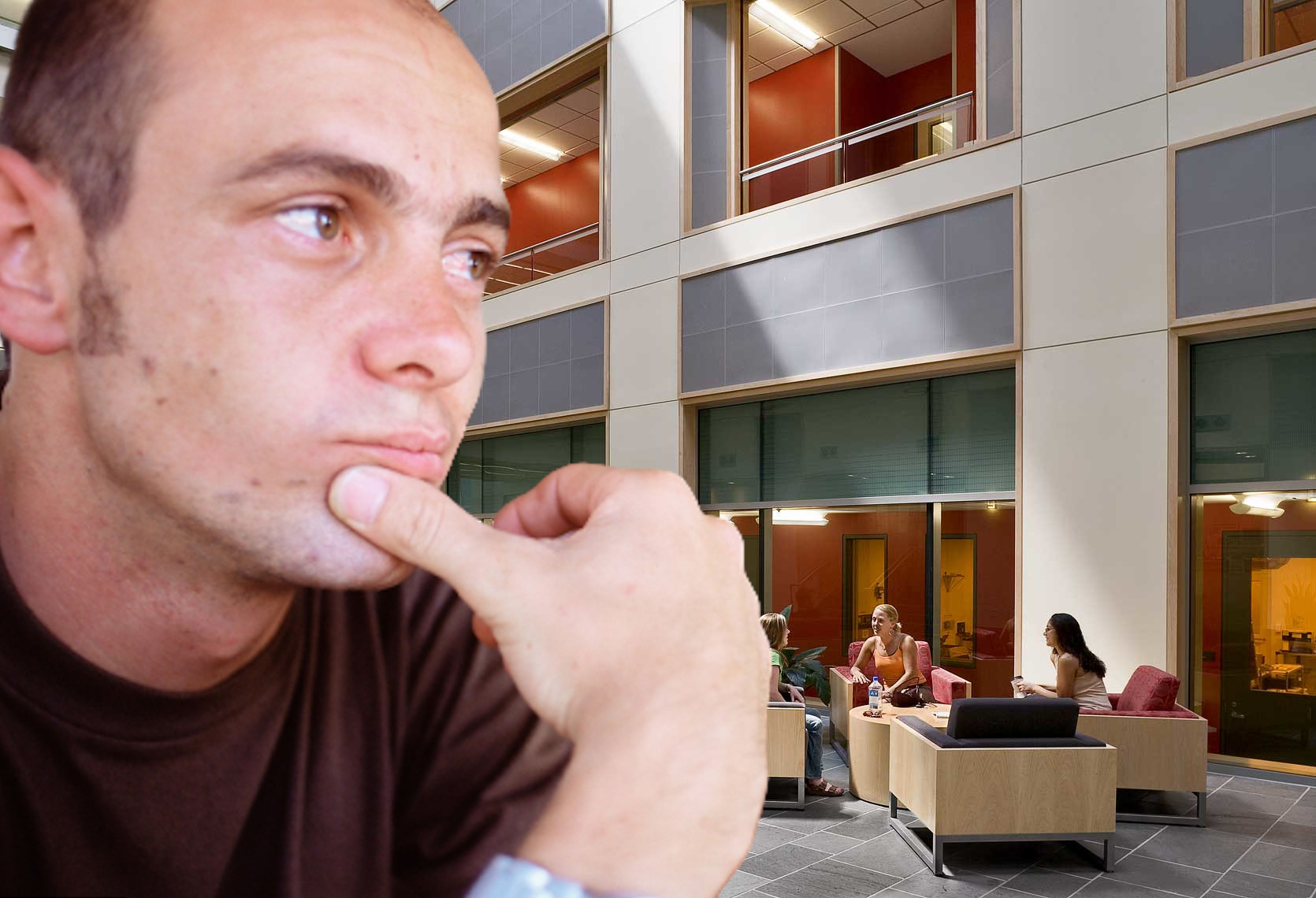 DUFFIELD HALL—Having returned for the University’s Homecoming, alumnus Todd Bauer ‘20 found himself visiting some of his old haunts. He eventually arrived at Duffield Hall, where he gazed yearningly at the place where he had experienced some of the absolute lowest points of his life.

“Wow, I’ve really missed this place! It hasn’t changed a bit…I used to come here all the time!” exclaimed Bauer as he walked past the alcove where he once spent an adderall-fueled night completing three problem sets after being rejected by dozens of companies, broken up with, and just generally sent on a downward spiral.

“I remember hangin’ out with the guys, grabbin’ a bite to eat at Mattin’s,” said Bauer with a nostalgic look on his face, referring to his frequent “brunners” junior year in which he ate all three meals in a single sitting. On several occasions, having not showered in multiple days, Bauer would then pass out in one of Duffield’s cold metallic seats, having truly bottomed out in terms of life.

“These are the best years of your life, kid!” Bauer said knowingly to an underclassman passerby, walking past the bathroom where he had once spent the afternoon wiping away tears as the crushing weight of his academic, extracurricular, and social commitments slowly plunged him into a state of abject misery.

Bauer’s next stop was the streets of Collegetown, where he would experience a sentimental moment outside the fraternity annex where he once drank himself into oblivion and was subsequently hospitalized.