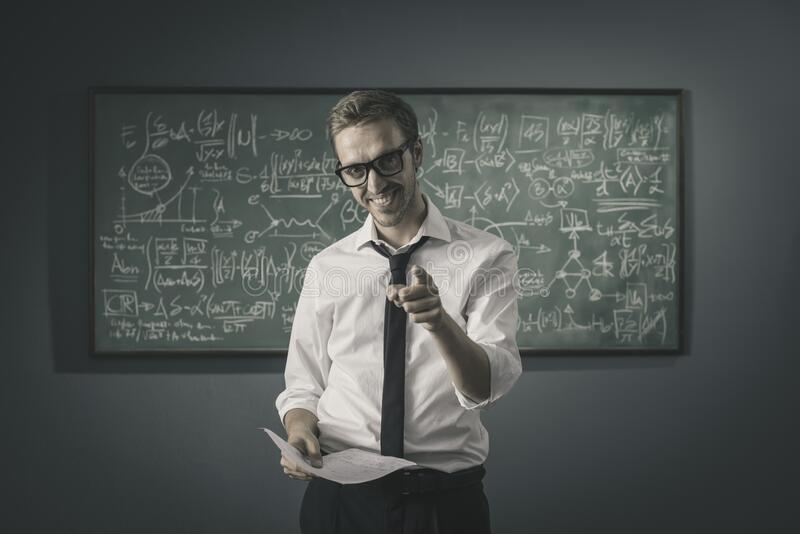 ROCKEFELLER HALL—In a surprising display of enthusiasm for nine in the goddamn morning, Professor Brian Kennedy began his first lecture of the day by kicking down the lecture hall door and shouting at the top of his lungs, “It’s derivation time, baby!” The esteemed and tenured member of the physics department, fueled by his love of deriving equations and approximately ten cups of coffee, proceeded to start blasting his “Lo-Fi Beats to Derive and Vibe To” playlist as he scribbled out the lesson plan on the chalkboard.

“He does this every Tuesday,” said Alex Valenti ‘23, shouting to be heard over the sounds of Schoolhouse Rock. “He’s just so fucking excited to smash a couple equations together and get a brand new equation, like a toddler on Christmas morning.”

Other members of the class agreed with Valenti, saying that Kennedy’s bizarre love for derivations was the highlight of their day. “I’m like, so constantly stressed out by so much bullshit,” said Monica Patrick ‘24, who sits in the front row and often has to brush chalk dust out of her hair when the award-winning renowned professor gets a little too buckwild with his equations. “But then I come to physics class and Professor Kennedy’s yelling about how goddamn cool the Euler equation is, and it’s like, damn, he’s right! I can’t wait to derive the shit out of these equations!”

As of press time, Professor Kennedy had leapt on top of his podium, brandishing an electric guitar in hand, to give the Fourier Transform the proper fucking respect it deserved.