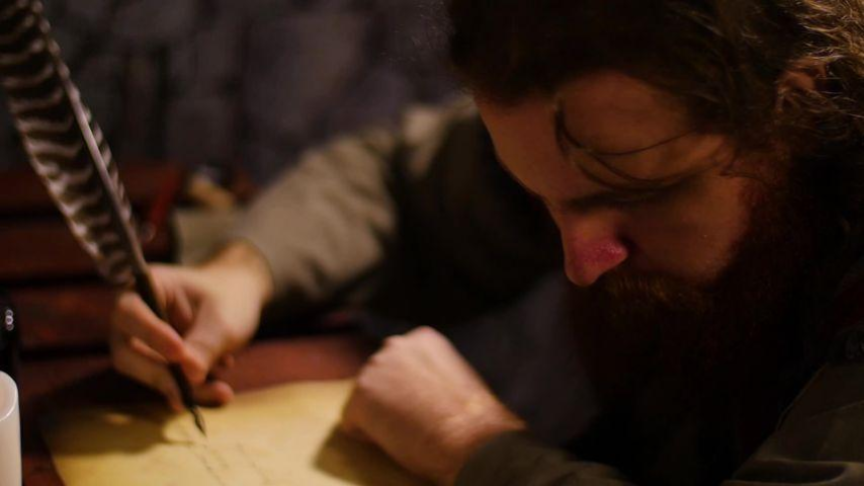 As if his writing instrument didn’t automatically secure his status as the intellectual heavyweight of the group, Bamford-Schermerhorn proceeded to share a comment that included the word “elucidate” three times in one sentence. His classmates fell silent, understandably dumbfounded by his sheer brainpower.

Despite the blistering heat radiating throughout the classroom, sources confirmed Bamford-Schermerhorn’s suave tweed jacket with elbow patches stayed glued to his body for the entire class period. Beads of perspiration popped up across his forehead, which he stoically wiped away with his monogrammed 100% chiffon silk handkerchief. His scholarly horn-rimmed glasses – although clearly causing an intense headache from their unneeded prescription – critically cultivated his dark-and-mysterious-academia aesthetic.

“It would behoove me in this moment to reference my good friend Socrates,” Bamford-Schermerhorn said while vigorously waving around an unlit pipe. His professor, having just asked the class if they had any winter break plans, felt confused but obviously impressed by the student’s astute remark.

At press time, Bamford-Schermerhorn was settling down in a seat in A.D. White, starting his upcoming essay assignment for the class by click-clacking away on a vintage typewriter.