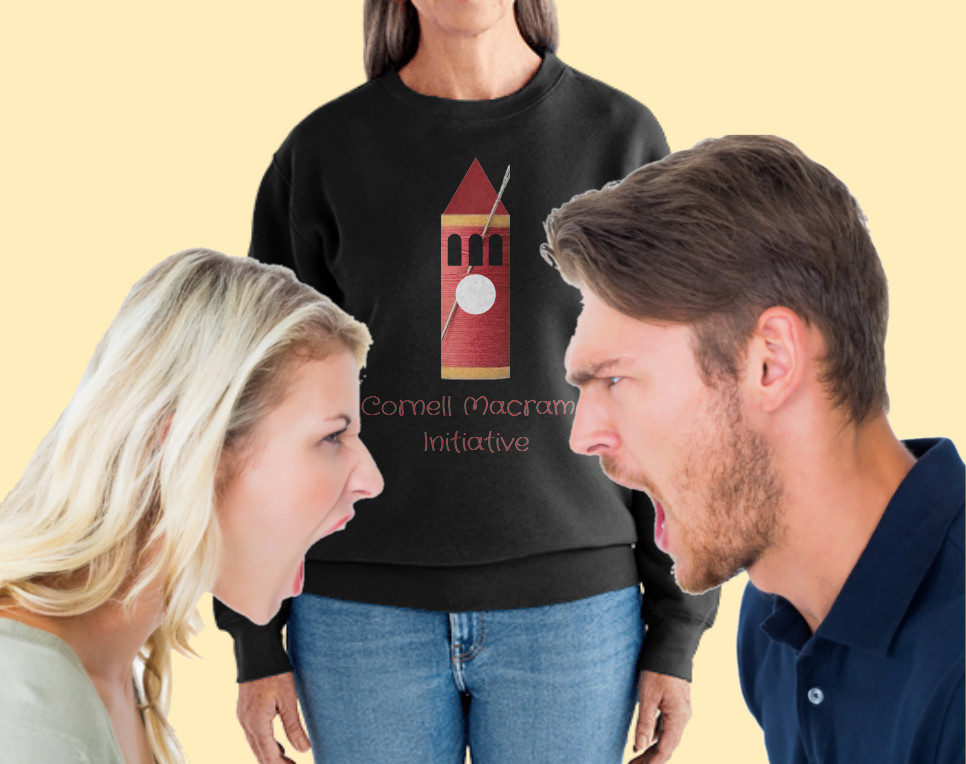 After weeks of tumultuous, passionate and near-violent discussion, the Executive Board of Cornell’s Student Macrame Initiative has failed to reach consensus on the color of official club merchandise.

“It would be absolutely unethical to allow any merch to be ordered in this shade of red,” Vice President of Outreach James London explained. “First of all, it’s extremely tacky. What is this tone, Crimson? Scarlet? Rose? We’d be much better off with a toned down shade like Sangria or Burgundy. I will not let our esteemed macrame society be tarnished by such frippery and frivolity, even if I have to take the entire process down with me.”

During the second meeting of the semester, different merch factions attempted to compromise by forming a coalition to push the sweatshirt through voting. However, other members were able to block this action due to a technicality in the club’s constitution allowing for a “merch filibuster” on the grounds that the merch designs contained improper color schemes.

“I was really optimistic going into last week’s all-hands meeting,” club Treasurer Jordan Manley ‘25 remembered. “It’s the only job I have this semester, so I had lots of really creative designs and options for everyone. I’m talking club T-shirts, bucket hats, sweatshirts, and a really nice bomber jacket that we could get for just $225 per member. Unfortunately, I think the color thing really put people off, and now there’s a turf war between the Scarlet Squad and the Burgundy Boys that I’m caught in the middle of.”

As of writing, the Macrame Initiative was able to place an order of Sangria-shade sweatshirts, only to be blocked by Cornell’s Campus Activities Office for violating the university’s copyright on “Carnelian Red.”