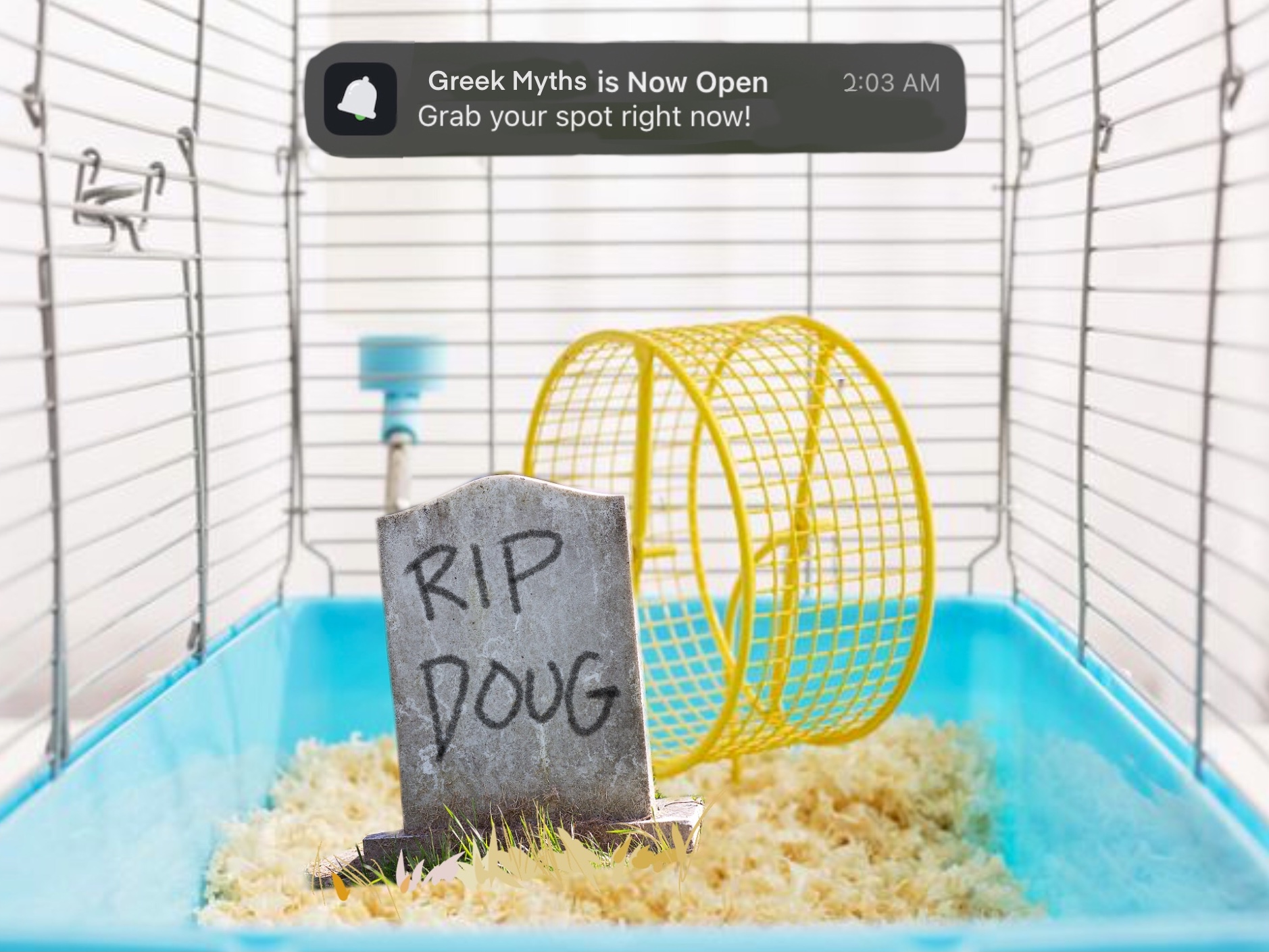 I was sitting in my first Zoom class of the semester, blissfully chewing the singular grape I salvaged from the Toni Morisson honeydew trough, when my FWS professor asked us to debrief on the 200-page reading assignment that, quite frankly, I thought was a joke. I laughed for a moment, thinking that it would be a war crime to assign 18 chapters of a book due the first day of school, but once students began inquiring about the upcoming essay for this very real assignment, I regurgitated my grape, hustled to Student Center, and dropped that shit mid-class. Nuh-uh.

So naturally I began looking for alternative FWS options. Scrolling through the Knight Institute, I found that Greek Myths fit perfectly into my schedule. But when I went to track it on CourseGrab, I noticed that 12 others were doing the same. I couldn’t just sit idly and wait to receive a notification. If I wanted Greek Myths, I would have to appease the gods. I would have to perform a blood sacrifice.

I mean, I wouldn’t have to perform a blood sacrifice. But like, it seemed fun. Besides, I needed a reason to kill my roommate’s therapy hamster. I never believed that hamster was for emotional support. The little shit took shits in my shoes and chewed through my laptop charger. The only thing remotely calming about him was his name: Doug. Sacrificing Doug to get my Greek Myths FWS would kill two birds with one stone. Or rather, one metaphorical bird and a hamster, using my sneaky link’s therapy cat.

That evening, while my roommate was asleep, I scooped the ill-fated rodent from his poop-pellet-filled enclosure and marched him to my sneaky link’s room. When I stepped inside, I hopped onto the bed and set the hamster down in the dark, relaxing into my sneaky link’s arms against the peaceful backdrop of hisses, scratches, and snarls. As I listened, I hoped that the sacred life force being excruciatingly drained from Doug the hamster would be enough to earn the favor of the gods.

At 2:00AM, a CourseGrab notification appeared on my phone. I’m polytheistic now.