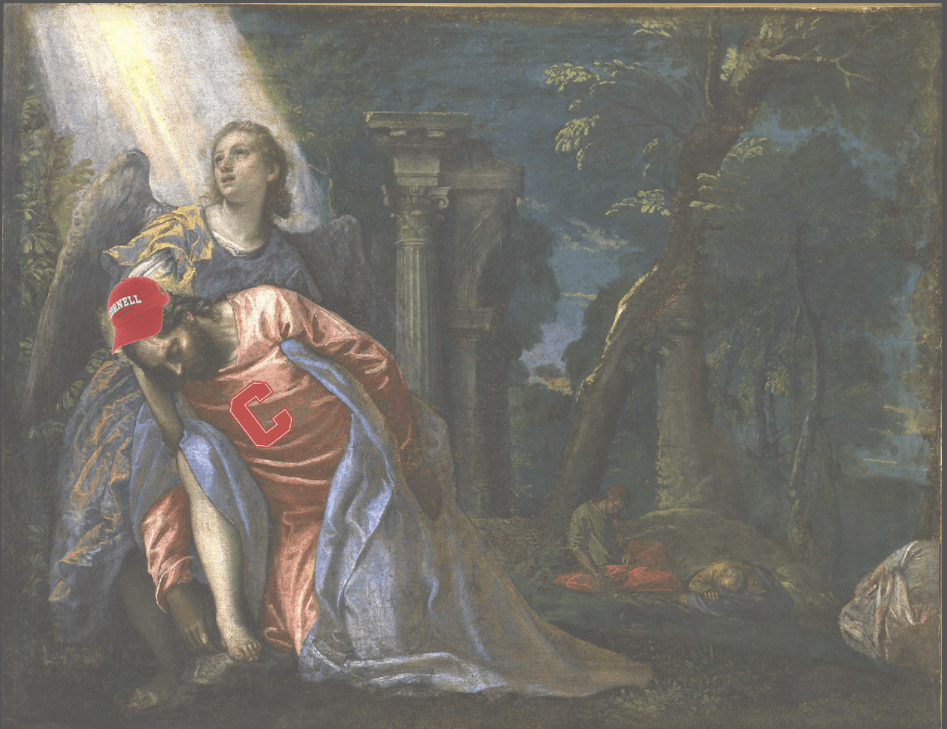 MEWS HALL–Much as the Lord’s only son went into the Garden of Gethsemane to ask the Heavenly Father that His life might be spared, so too did Brantley Wentworth ‘25 call upon his own father to spare him an even darker fate—a summer in his company’s Ohio branch.
Although Wentworth had long accepted his role in life–to spend the most functional years of his cocaine addiction falsifying ledgers in order to increase stocks by .03%—as his LinkedIn feed filled with announcements of his classmate’s internships in Silicon Valley, Wentworth found himself filled with doubt for the first time in his smug, entitled life. Just as the Son of God in the Gospel of Matthew lay prostrate in the garden, Wentworth threw himself down among his discarded beer cans and contacted his father the only way he knew how–by calling his secretary’s number.
“Dad, please, if it’s possible to find an opening in California, let this internship in Ohio pass me by,” Wentworth pleaded with the answering machine, trembling with sorrow and synthetic weed withdrawal. “Through You all things are possible–like deforesting the entire Amazon, or getting My three DUIs dismissed. Give Me the keys to the kingdom of heaven, or at least to an apartment outside of the central United States!”
Wentworth’s prayers were answered by a voicemail threatening to cut off his allowance, causing Wentworth to declare, “Not My will, but Yours be done!”