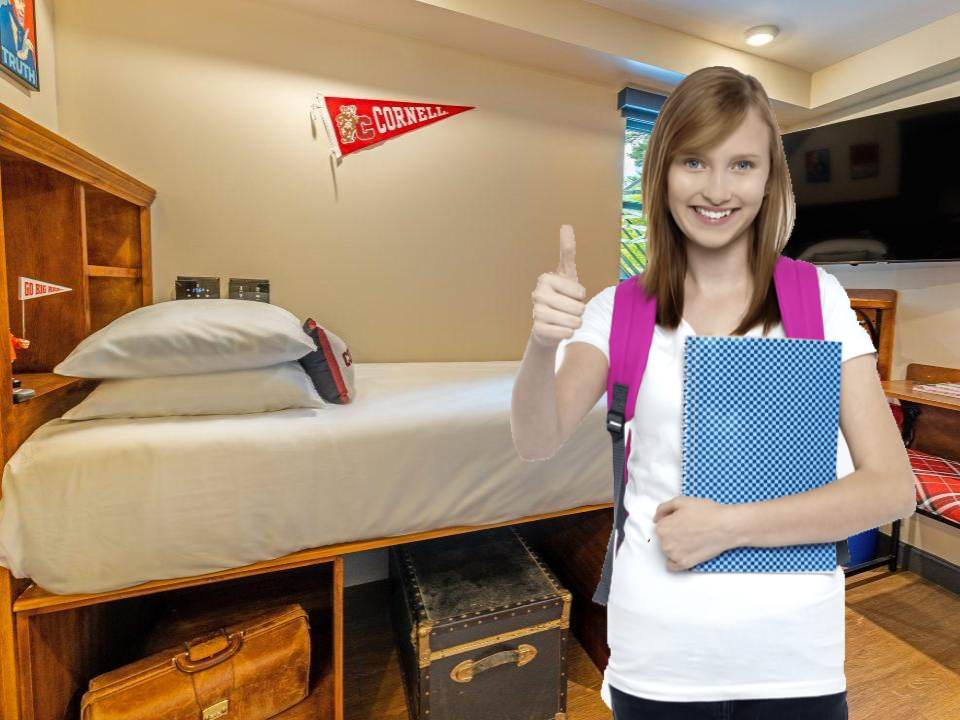 NORTH CAMPUS–During a wave of midnight calls to RAs following freshmen locking themselves out of their rooms, one new student’s innovation has impressed residential staff campuswide by managing to lock themselves inside their room.

“Honestly, this is just impressive,” remarked James Lansing ‘23, an RA in the new Ruth Bader Ginsburg Hall. “We’ve had hundreds of lockouts so far this year, and you get to the point where it all blends together. A kid forgets their keys going for a shower, they leave their card in their room to get dinner, been there done that. But this is straight up befuddling. How did she get into her room and then lock herself in? Did she slide the keys out under the door? Why does her door even lock from the outside in the first place?! ”

After several hours seeking guidance from building care and maintenance staff, the University concluded that the lock-in was the result of a door lock being accidentally installed inside-out. Anyone could open the door from the outside, but the inside would lock automatically unless the user disengaged the lock intentionally, a feature Housing and Residential Life described as “unique.”

“I’m telling you I didn’t do anything wrong,” insisted Alana Daniels ‘26. “I followed the signs and I made sure to carefully follow the rules my RA gave me, and I always have my keys with me unless I’m in my room or I think of something cooler to carry through the dorms like a massive bottle of Smirnoff. But apparently that wasn’t enough! I’m sick of these RAs treating freshmen like some kind of burden. All they have to do is repeatedly show us how to use doors, clean up after us in the bathrooms, and help us make friends, but they act like they’re our mothers or something.”

Five minutes after the door was fixed by maintenance, Daniels called her RA to report a lockout and request a temporary access card.