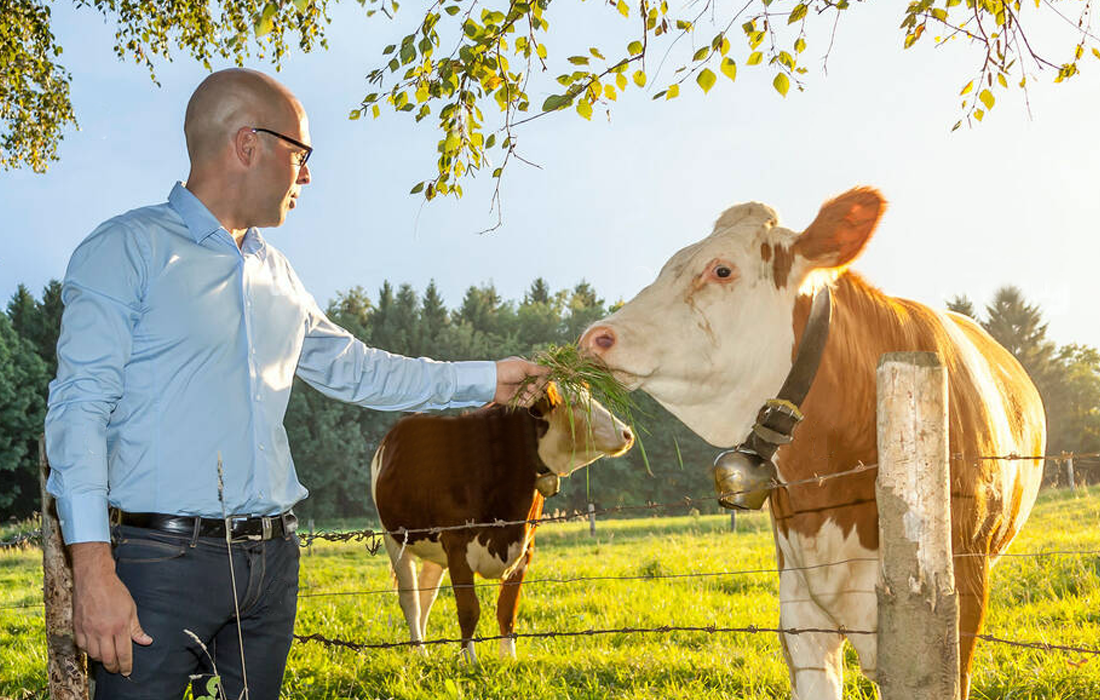 FRANK MORRISON HALL—Animal Science Professor Dr. Cleetus Conroy came under fire from campus critics this week after the revelation that his long standing relationship with one of the lab’s research cows began when she was only a calf. While many had looked fondly upon the human-cattle couple, this new discovery has ignited a hotbed of debate surrounding the pair.

“It’s so easy to judge from afar,” said Dr. Conroy, smiling sweetly towards his bovine lover. “Randie and I have an unspoken bond between us, one that connects her cow soul to my human one. I mean, age is just a number, and species is just a bunch of latin gobbledygook.”

While Dr. Conroy maintains that he waited until the ‘appropriate’ time to begin their relationship, other members of the lab claim that the romance began while Randie was still sucking colostrum. In addition, lab employees have accused Dr. Conroy of inappropriate conduct, making crass comments, and “excessive milking.”

“MOOOOOOOOOOOOOOOO,” stated Randie, in what Dr. Conroy explained was an impassioned proclamation of the love that they shared for one another. Dr. Conroy then placed his arm around the cow’s midsection in a manner that can only be described as “uncomfortable”.

Despite remaining committed to one another throughout the ongoing scandal, the couple’s relationship is reportedly on the rocks after Dr. Conroy was spotted whispering sweet nothings into the ear of a particularly plump rooster.