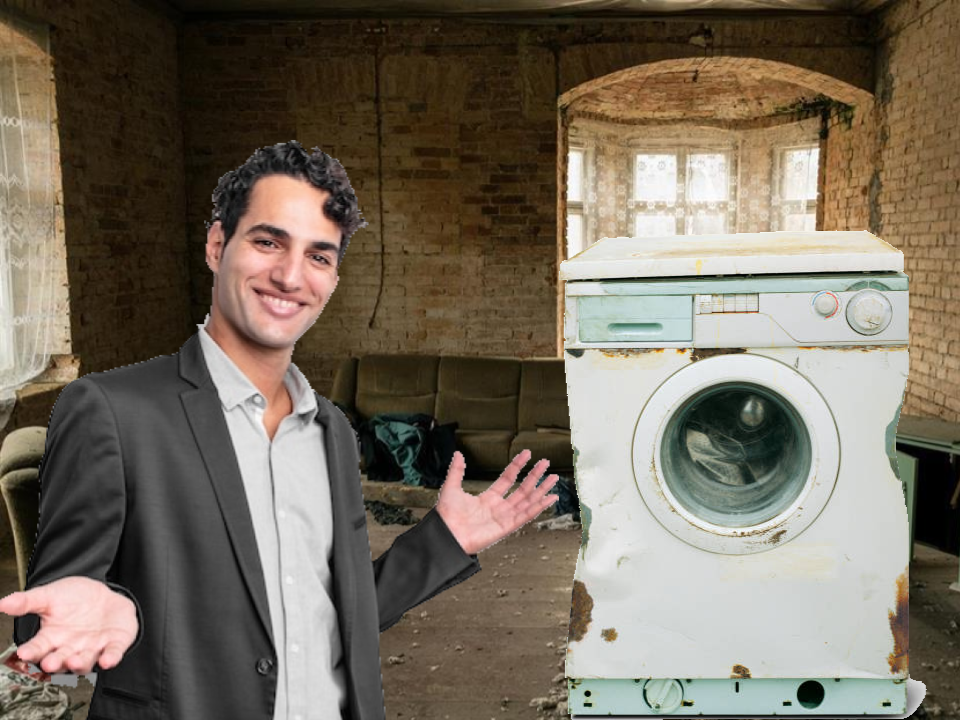 COLLEGETOWN—In an act of generosity that has been deemed “his literal one job” and “below the bare minimum,” one landlord has responded to a report of a broken dryer by installing a completely new broken dryer.

“Look, there are two main functions of a dryer,” local landlord Jimmy Hilton ‘96 explained. “The first important function is that it tumbles your clothes around in heat so the water evaporates on the clothes and they eventually come out dry. The second, also very important function, is that the machine itself shakes a bunch and gets super loud for exactly one hour. This old machine didn’t do either of those things. And while the new one may not actually dry clothes, it’s practically a jet engine noise-wise, so that’s an improvement in my book.”

The new dryer has caused a significant stir among Collegetown tenants, who say this incident is emblematic of the mistreatment and disrespect shown to them by landlords in Ithaca on a daily basis. The Ithaca Tenants Union, which represents tenants threatened with eviction and poor living conditions, acknowledged that while this incident was not the worst they have seen, it was unique.

“Look, a landlord screwing over tenants is nothing new,” explained Nial Journey ‘20, director of the ITU. “It’s mostly surprising because the landlord put in any effort at all. Most landlords will string you along for months before you find out they have no intention of ever fixing your shit. But here, the landlord took the initiative to openly fuck over his tenants the very month they asked for a fix.”

Under immense public pressure, the landlord offered to replace every appliance in the building with one that was “mostly defective,” which tenants acknowledged would be a huge improvement.