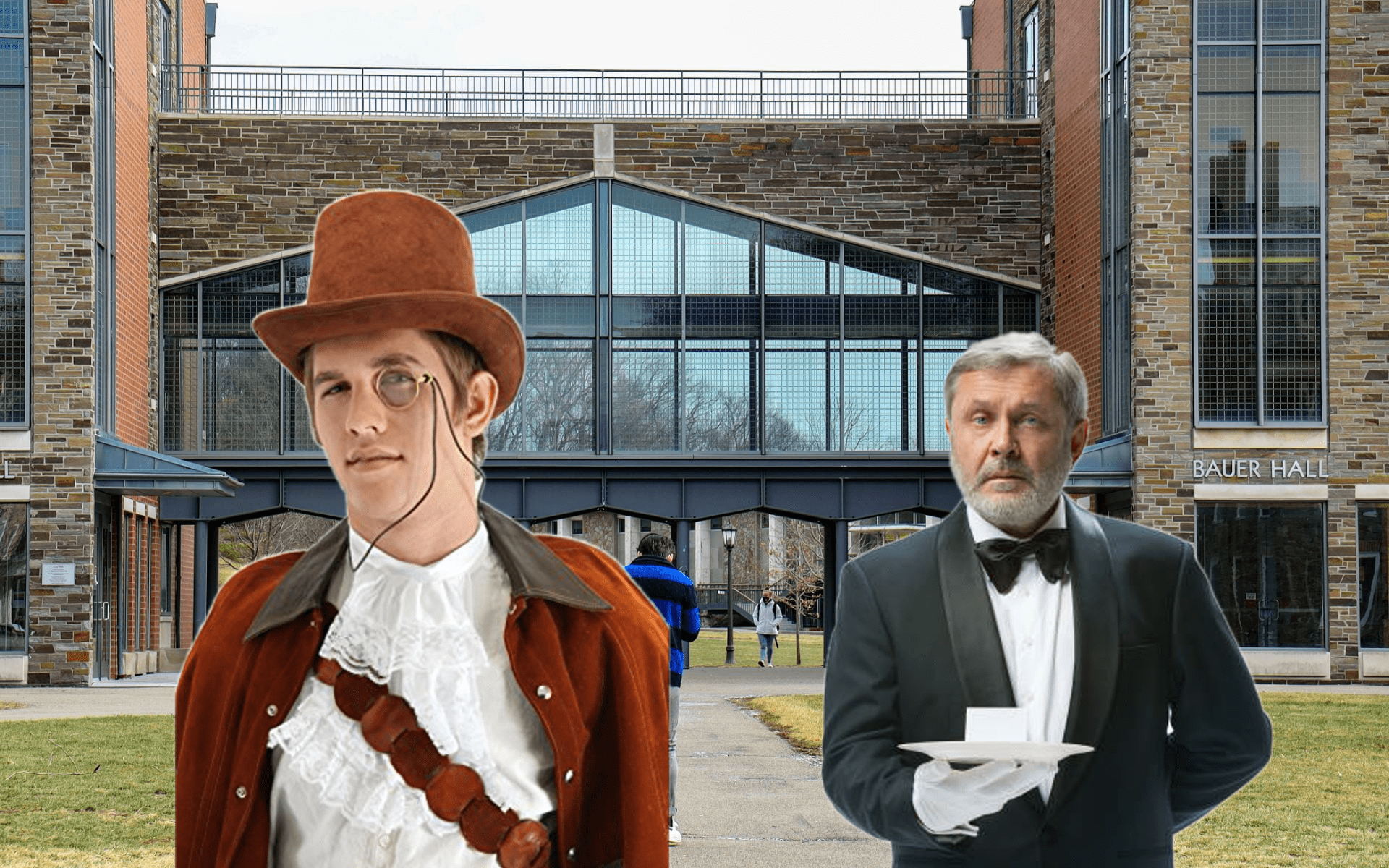 NORTH CAMPUS–Cornell Housing and Residential Life left many students hot and bothered this Monday after announcing that all residents of air conditioned dorms would be issued a complimentary monocle and butler to distinguish them from the uncooled masses.

“Although Cornell has a proud 150-year history of prioritizing privileged students at the expense of their disadvantaged classmates, there is one group of elites who has not yet received proper recognition: students with air conditioning,” the announcement read. “Through the simple act of reappropriating all financial aid money to purchase servants and novelty eyewear, we have finally corrected Cornell’s greatest injustice.”

The proclamation has caused quite a hullabaloo among members of the air-conditioned gentry, who have cheered the news more heartily than a repeal of child labor laws for coal mines.

“It’s high time such a boon was granted to members of the conditioned class!” ballyhooed Josiah Fauntleroy ‘26, facial muscles straining to hold his Big Red monocle. “It’s so draining being accosted by peasantry wishing to discuss matters like ‘sweat’ and ‘heat’ when a distinguished gentleman like myself has no knowledge of these afflictions! The public has no idea how we suffer–” Fauntleroy suddenly turned to his new butler: “I say, not enough sugar in this tea, old chap!” The butler quickly retreated to procure a refreshment more befitting his master.