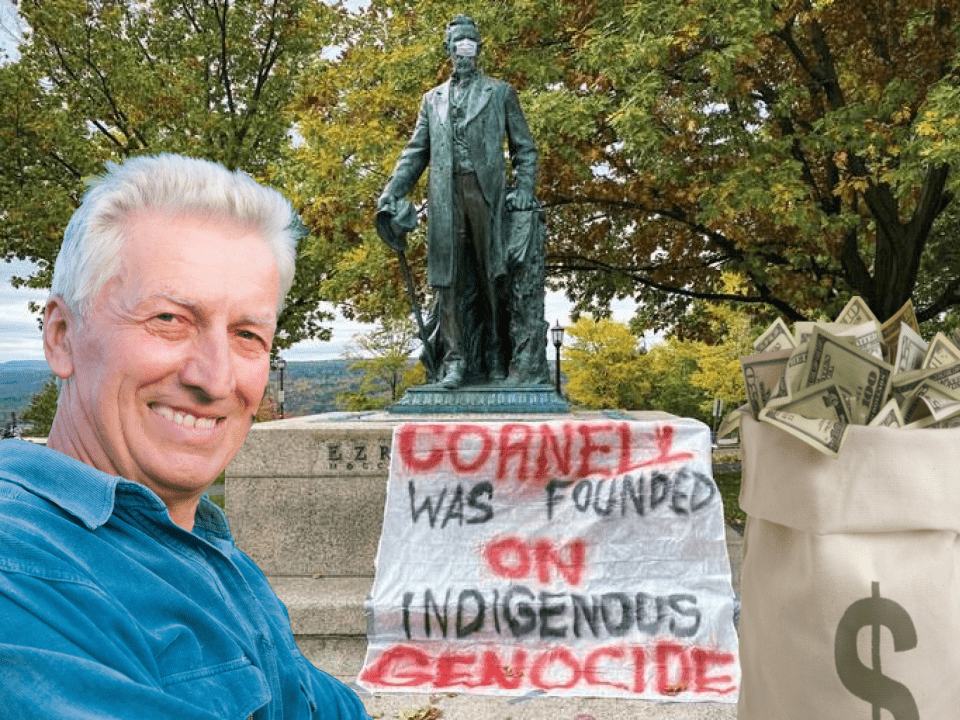 MORRILL HALL—In the wake of research showing Cornell’s endowment was derived from government gifts of stolen Native land, campus administration has made Cornell the world’s first university to deliver a land acknowledgement before completing purchases of stolen Native land from the federal government.
“We Cornellians take pride in our status as a land-grant university,” stated Vice President James Deanson ‘82. “We agreed, in exchange for millions of dollars in stolen sacred Native land, to not actively discriminate against minority groups on campus. When we were told by Native researchers that this land was violently and illegally stolen for us, and that the university continues to participate in that land theft and aggression, we knew it was time to act. We promise that before we illegally acquire any more stolen land, we will present a somber acknowledgement of the past and present indigenous peoples we are stealing that land from.”
Following the announcement, Cornell released a comprehensive plan to “come to terms with our place in history.” This plan, among other initiatives, set a timeline for the establishment of a committee to review the ethics of developing a framework for discussing Native topics in select Cornell programs. In addition, administrators pointed to efforts by the American Indian and Indigenous Studies Program and Cayuga nation officials in developing the acknowledgement, which they claimed only to have made “minor edits” to.
“‘Minor edits?’ They erased the entire thing,” argued John Westchester of AIISP. “We wrote up a land acknowledgment that notes Cornell’s complicity in Native land dispossession, and they added ‘but Cornell is cool and progressive now so we forgive them and like them a lot actually’ to the end of every sentence. They also threatened to move us to Morrill Hall and made us promise not to ‘make the university look bad’ through ‘factual statements about potential crimes.’”
Asked to comment on these accusations, the University Press Office responded that “We are committed to uplifting Native voices, but the people who disagree with us are all liars and shouldn’t be listened to.”